This weekend is all about Toy Story 4!!! The movie is finally out in theaters and it is time to find out what happens. You can already pre-order the Toy Story 4 4K Blu-Ray Collectible SteelBook at Best Buy!!!!

Did you know you can pick up SteelBooks for the first three Toy Story movies at your local Best Buy! This is the perfect time to plan a Toy Story marathon and watch them as a family! 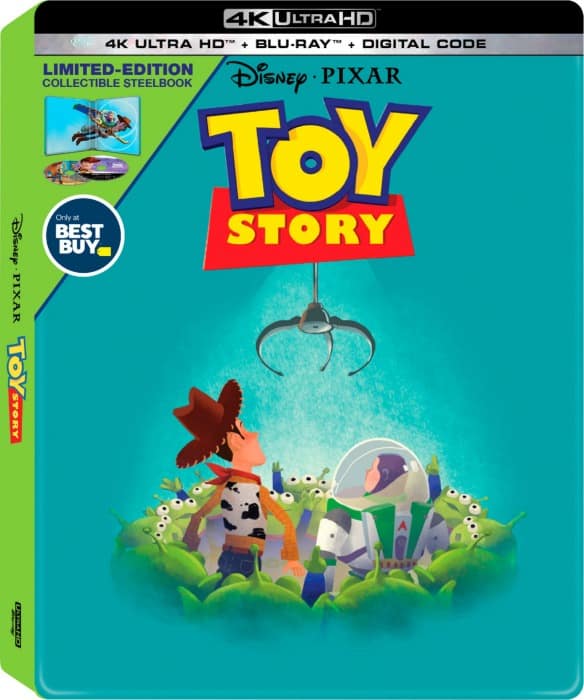 Check out these amazing Toy Story SteelBooks! They are so cool looking! I love having these in the house so we can curl up and watch the movies anytime we want to.

“Toy Story,” originally released on Nov. 22, 1995, was the first fully computer-animated feature film and the highest grossing movie of the year. It was nominated for three Oscars® and two Golden Globes®. 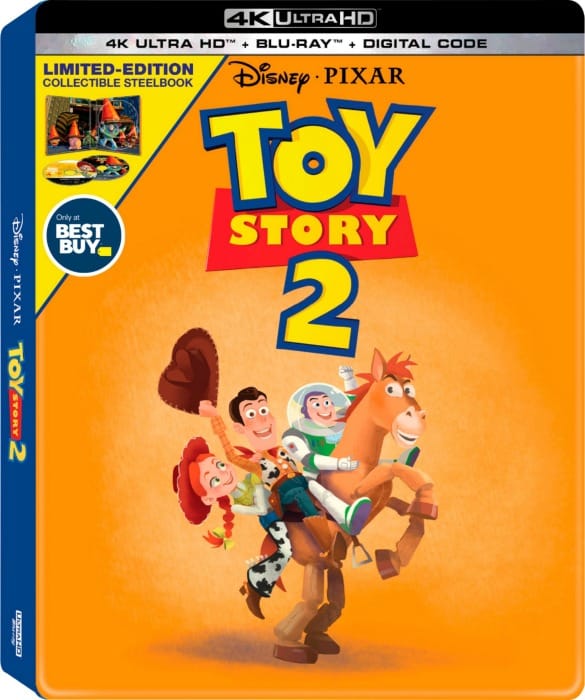 “Toy Story 2” is the first film ever to be entirely created, mastered and exhibited digitally. It was also the first animated sequel to gross more than its original, breaking opening weekend box office records in the U.S., UK and Japan, becoming the highest grossing animated release of 1999. It won the Golden Globe for best motion picture – comedy or musical. It won a Grammy® for best song written for a motion picture, television or other visual media (Randy Newman, “When She Loved Me”). 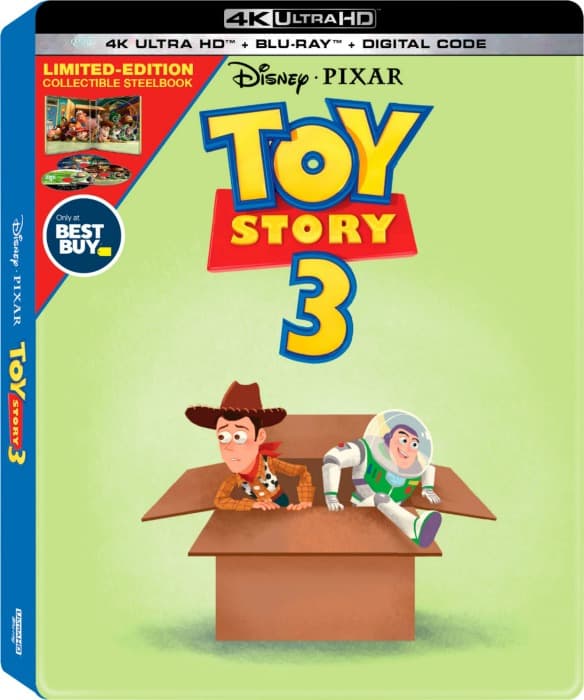 Released in 2010, “Toy Story 3” won Oscars® for best animated feature film and best achievement in music written for motion pictures, original song (Randy Newman/“We Belong Together”). The film also won a Golden Globe® and BAFTA for best animated film. It was the second Pixar film to be nominated for the best picture Oscar. It’s also Pixar’s second highest-grossing film of all time behind “Incredibles 2.” 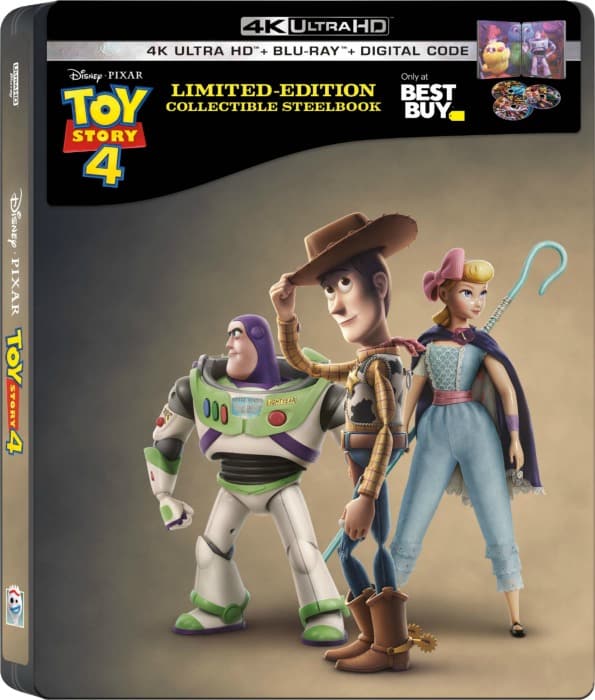 “Alright, Forky. You have to understand how lucky you are right now. You’re Bonnie’s toy.
You are going to help create happy memories that will last for the rest of her life.”
—Woody, “Toy Story 4”

Woody (voice of Tom Hanks) has always been confident about his place in the world, and that his priority is taking care of his kid, whether that’s Andy or Bonnie. So when Bonnie’s beloved new craft-project-turned-toy, Forky (voice of Tony Hale), declares himself as “trash” and not a toy, Woody takes it upon himself to show Forky why he should embrace being a toy. But when Bonnie takes the whole gang on her family’s road trip excursion, Woody ends up on an unexpected detour that includes a reunion with his long-lost friend Bo Peep (voice of Annie Potts). After years of being on her own, Bo’s adventurous spirit and life on the road belie her delicate porcelain exterior. As Woody and Bo realize they’re worlds apart when it comes to life as a toy, they soon come to find that’s the least of their
worries.
Directed by Josh Cooley (“Riley’s First Date?”), and produced by Mark Nielsen (associate producer “Inside Out”) and Jonas Rivera (“Inside Out,” “Up”) Disney and Pixar’s “Toy Story 4” ventures to U.S. theaters on June 21, 2019. 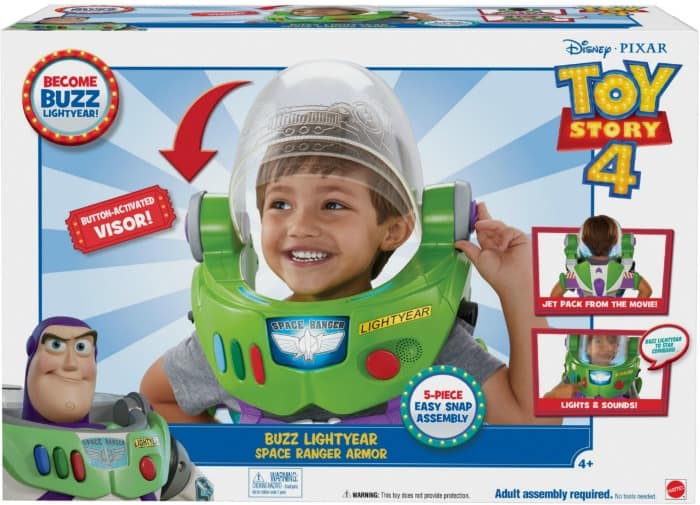 Over the past year, Best Buy has seriously expanded their toy section! You can now pick up the amazing toys you want at the same time you get your favorite tech.

This is a great way to stock up on gifts and fun for the entire family.

We are honestly at our local Best Buy a minimum of once a week picking something up. I am always so impressed by the variety of tech and fun products they have. You can find something for the entire family under one roof and they price match!

Check out the Bosch 800 Series Dishwasher available at Best Buy

Facebook Portal and Portal Plus available at Best Buy