We are so excited to share this Grand Rapids Restaurant Guide! There are so many great restaurants to choose from! You will not hungry in Grand Rapids unless you want too!

I think of two things right away when I hear Grand Rapids Michigan, the first is KBS at Founders Brewing Company and second the famous Stella’s stuffed hamburgers that got named the best burgers in America in 2012 by GQ! Stella’s had to wait until the last day because I know how much I like a great hamburger. I had to accept the fact there are other restaurants and that I would have been back there every day instead of trying new places. This hamburger was love at first bite! Instead of fries, I opted for the Ted Avocado nuggets and wow! They make these with a beer battered Perrin Double IPA and served with an Asian slaw and a spicy avocado ranch dipping sauce. If that was not enough there is enough whiskey and arcade games to keep you entertained for hours. This place is a mandatory stop for all those who adventure to Grand Rapids.

Everywhere I looked from the moment I got off the plane was a restaurant called Wolfgang’s. The funny thing is I kept seeing crazy adds about what appears to be a bit eccentric Wolfgang and his restaurant. Ads had him in the Austin Powers pose laying in a robe on the bed and hairy chest grabbing the glasses from his head saying “Do I make you hungry baby” and “How the Grinch cooked breakfast.” How could one pass this up? We had to go and try this out! You can usually tell how a breakfast place is going to be by the first sip of coffee. Lets face it, if they serve cheap coffee then everything else is going to seem the same. My mouth began watering as my server poured my first of many cups of Hazelnut coffee! I knew we were in for a treat. Breakfast came and it did not disappoint! Tammilee got the Jaye Van Lenten which is banana bread French toast topped with strawberries, bananas and whip cream. I thought Tammilee was going to lick the plate! 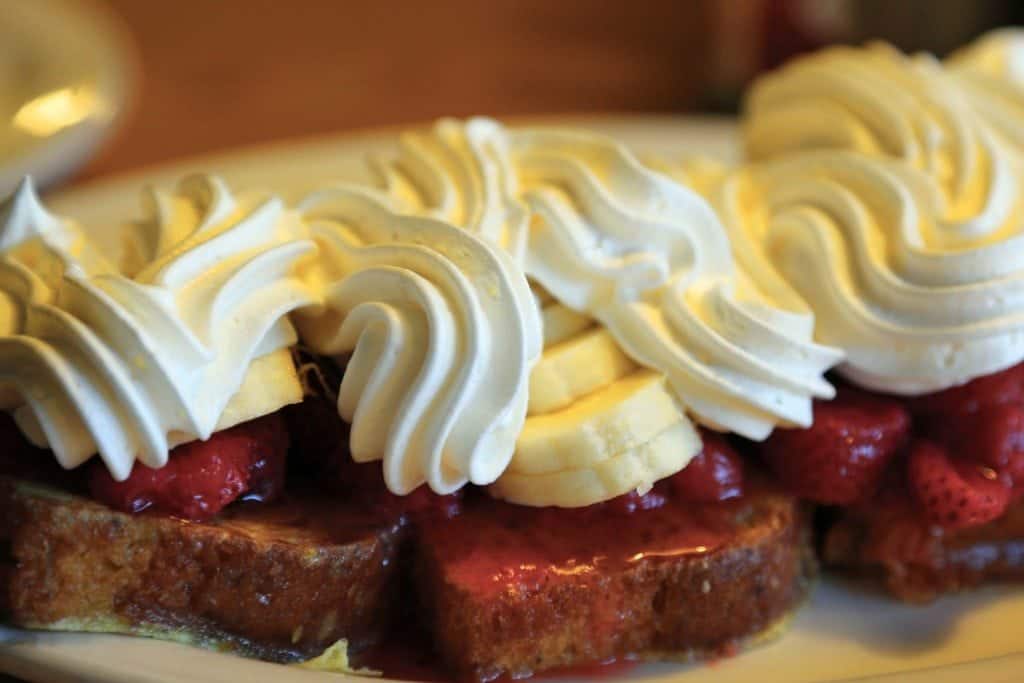 I have always believed that if you want to find the best food in town just start asking the locals. People love talking about their favorite places. That’s exactly what we found in Grand Rapids. There was a place we had not heard of called the Twisted Rooster with locally sourced menus. The name alone captured our attention and off we went! The great thing is that it is close to the Frederik Meijer Gardens and Sculpture Park, another must-see in Grand Rapids. The menu had me excited right from the start, seriously they have an appetizer called Doritos Bacon! You heard correctly, Applewood Bacon encrusted in Crunchy Nacho Cheese Doritos served with McClure's Bloody Mary Ranch, yummm! 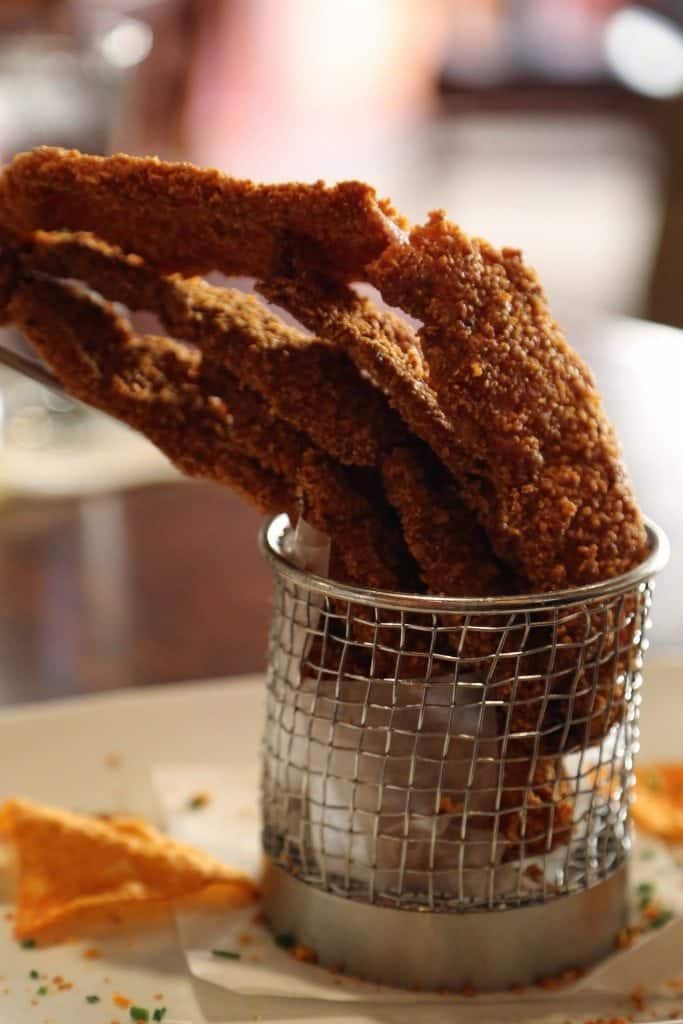 What else did I see, Peanut Butter and Jelly Tiramisu. I thought this may have been a little past even my own comfort zone but nevertheless, we had to try. Wow were we surprised! This was a happy moment for me! 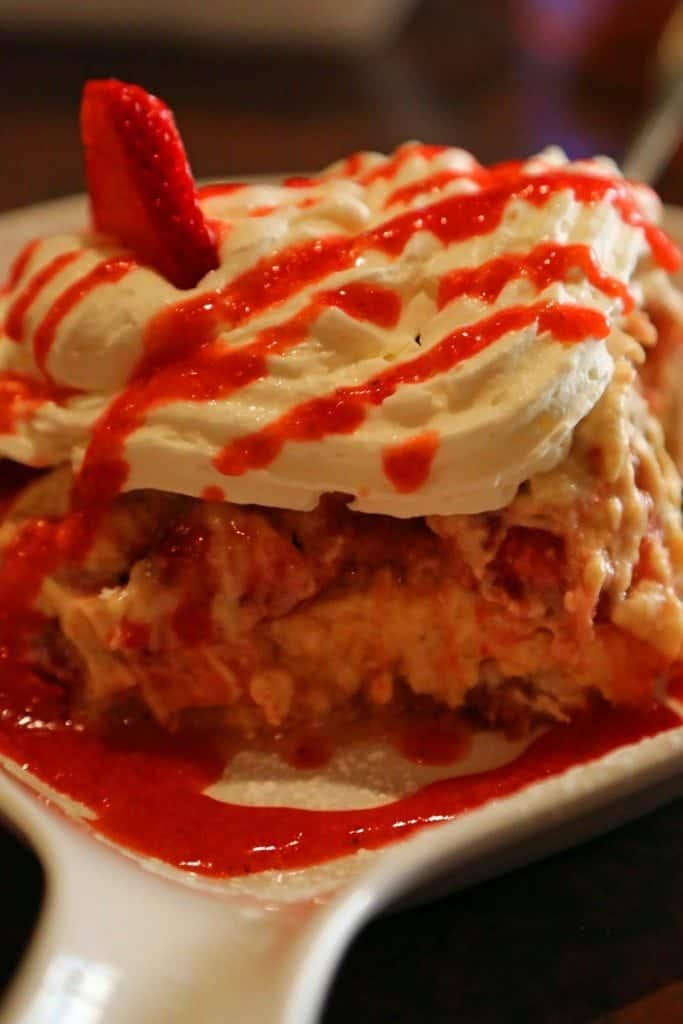 Another place that kept coming up was the Electric Cheetah. We looked up the restaurant's website and both of us instantly agreed we knew what was for dinner. I mean seriously, who doesn't want a “lil pickle tickle” for an appetizer and the macaroni zone is as glorious as it sounds for the main course. I have to admit though that the monster cookies is something I have dreamed about every since we left Grand Rapids! Trust me when I say this, do not pass on the cookies. 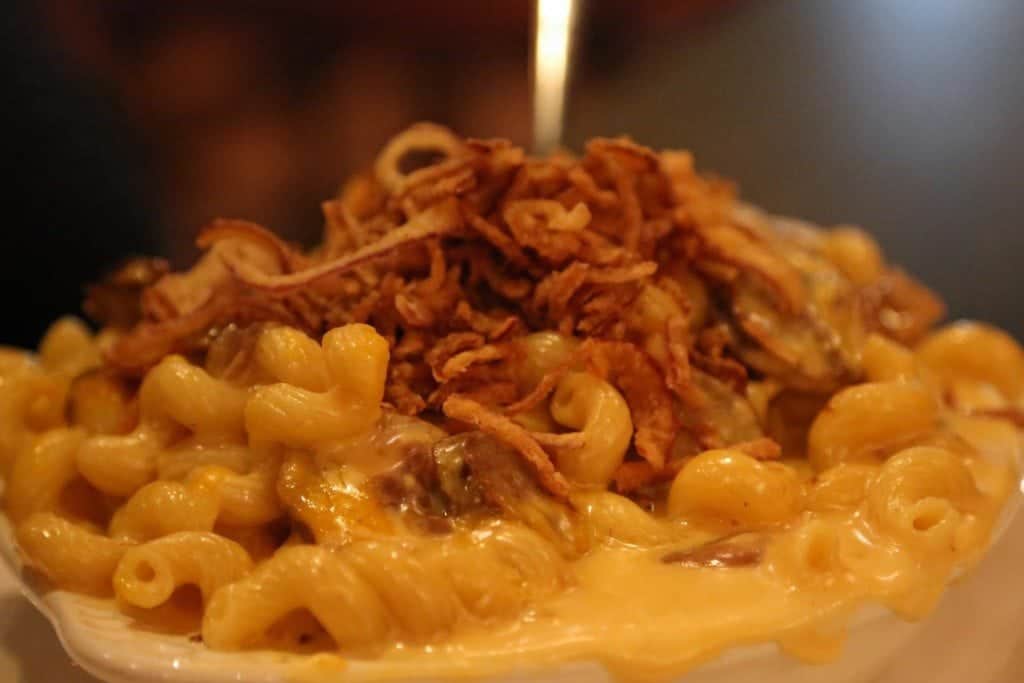 There was several great places to eat in Grand Rapids. This paired well with a great beercation getaway for one truly memorable trip to Michigan!

We were hosted on a press trip to Grand Rapids, Michigan. All opinions expressed are our own.