Ephesus Turkey was recently named as a UNESCO World Heritage Site. We thought it would be fun to share a photo tour of Ephesus Turkey. We have had the chance to visit Ephesus twice and each time we have been in awe of the sites and history of the area.

Founded by the ancient Greeks circa 2000 BC, it was the wealthiest of the Ionian cities and one of the most important cultural centers in the Mediterranean. The city was dedicated to the goddess Artemis, and its Artemision, a temple in her honor, took 120 years to complete and was one of the Seven Wonders of the Ancient World.

At one time a quarter of a million people called Ephesus home! Only 13% of the entire city has been uncovered at this time. It is hard to imagine how grand and large the city of Ephesus was when it was created. 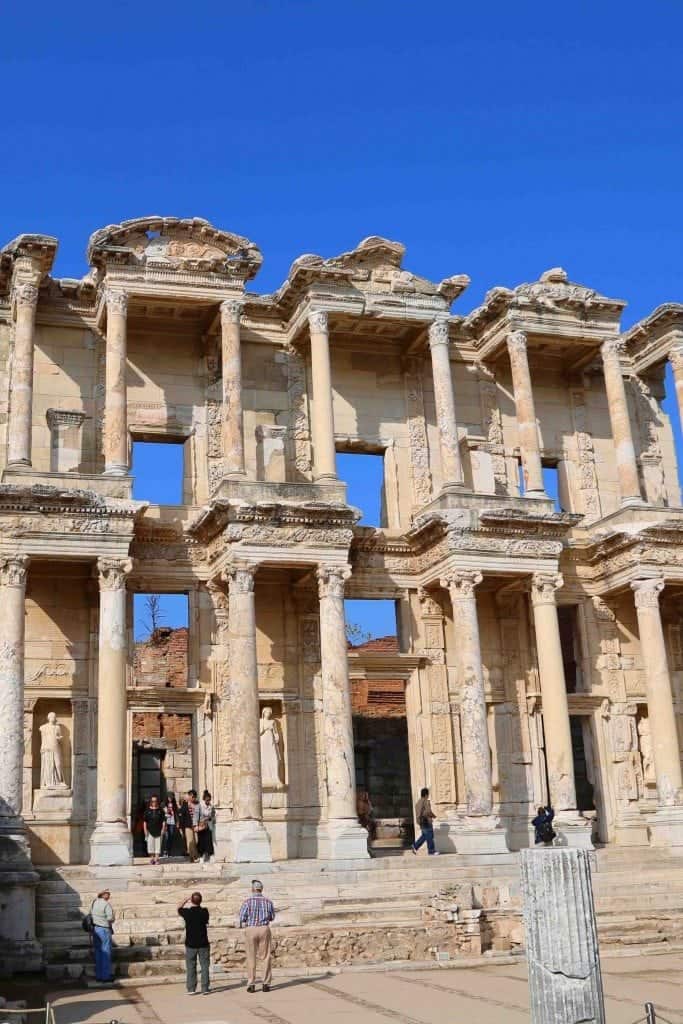 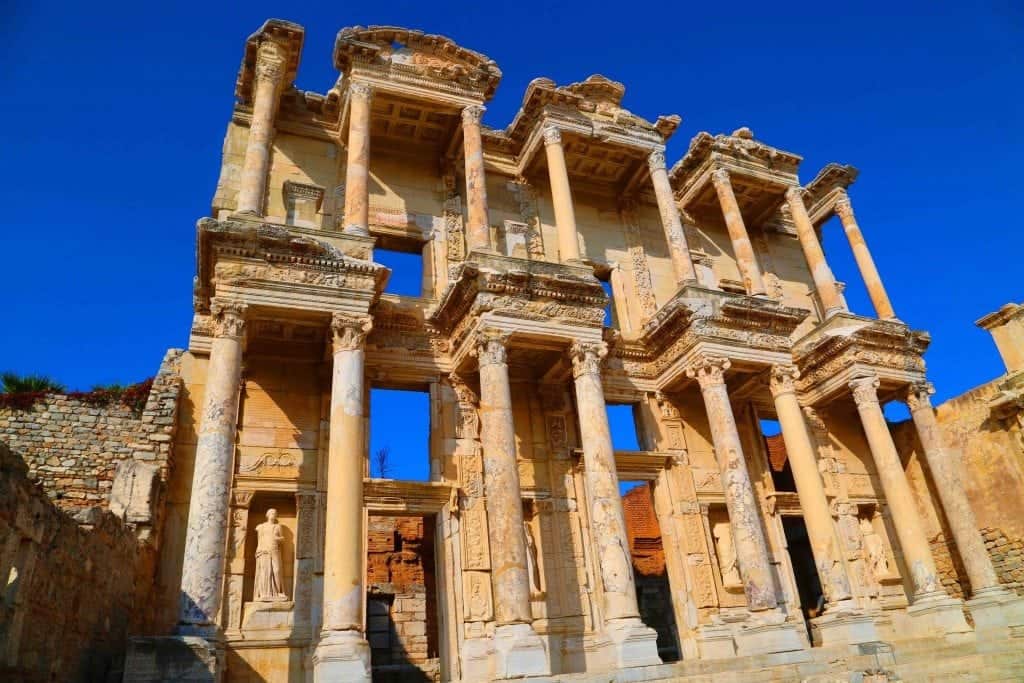 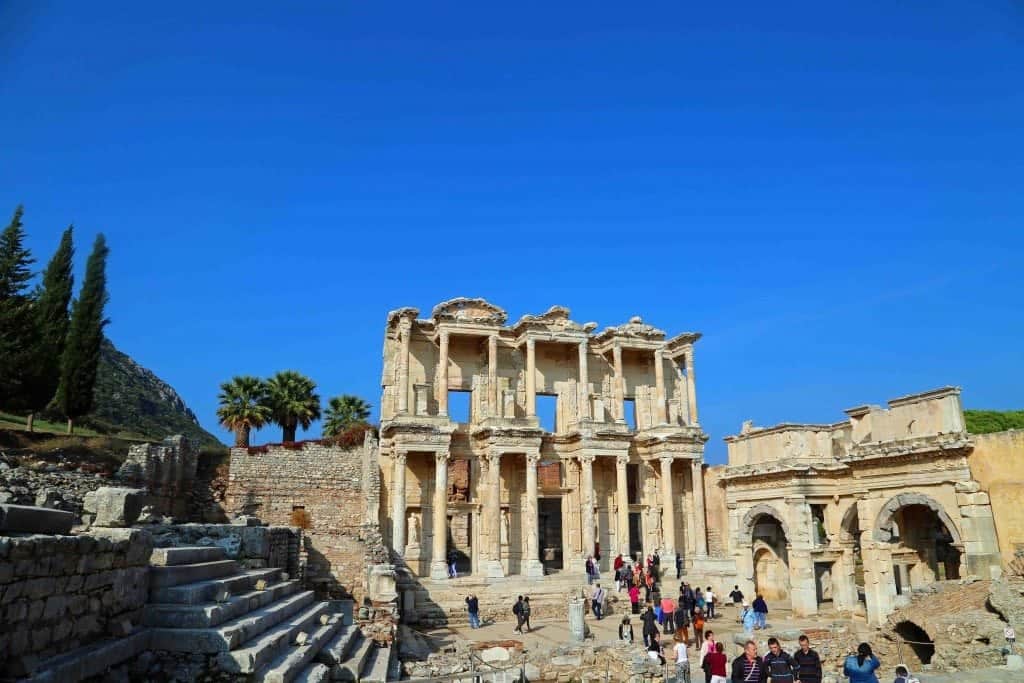 The Library of Celsus was built to hold 12,000 scrolls and be a mausoleum forCelsus, who is buried in a crypt beneath the library. 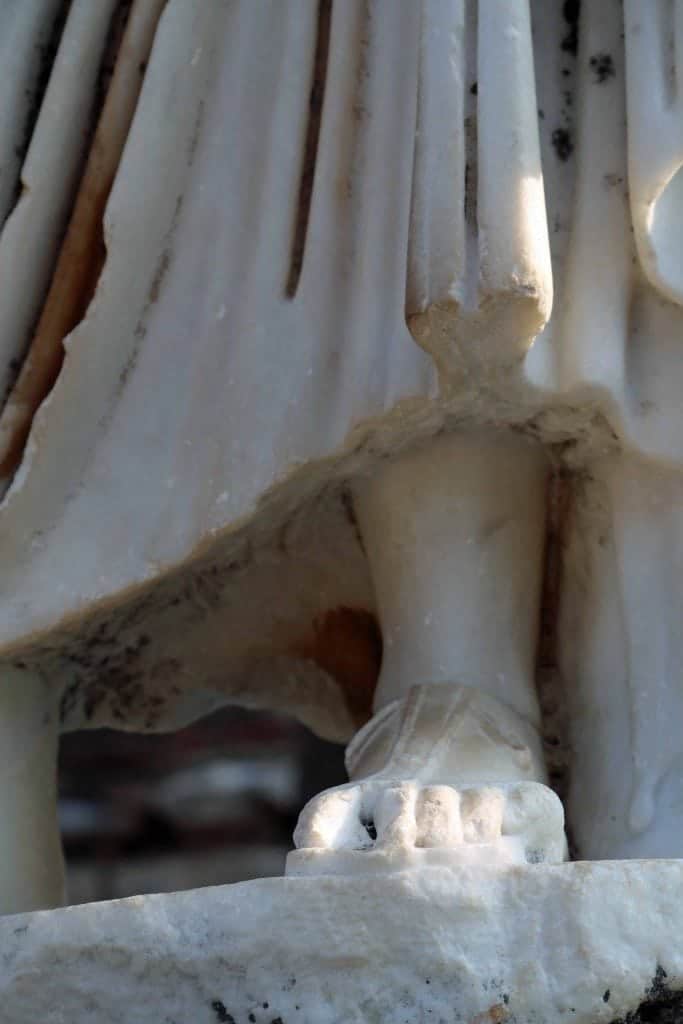 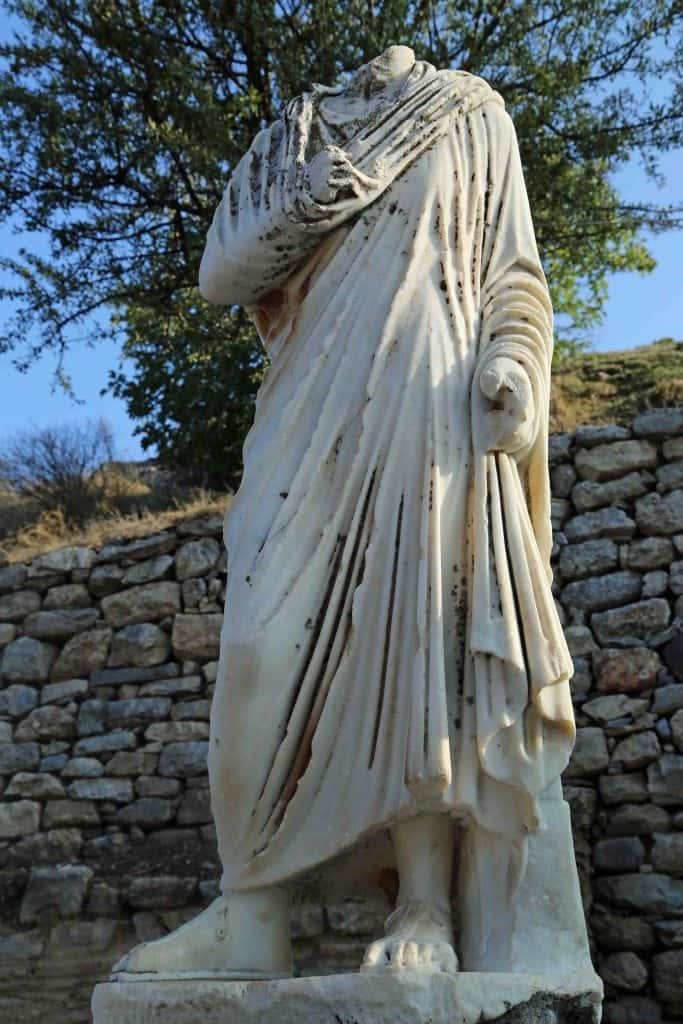 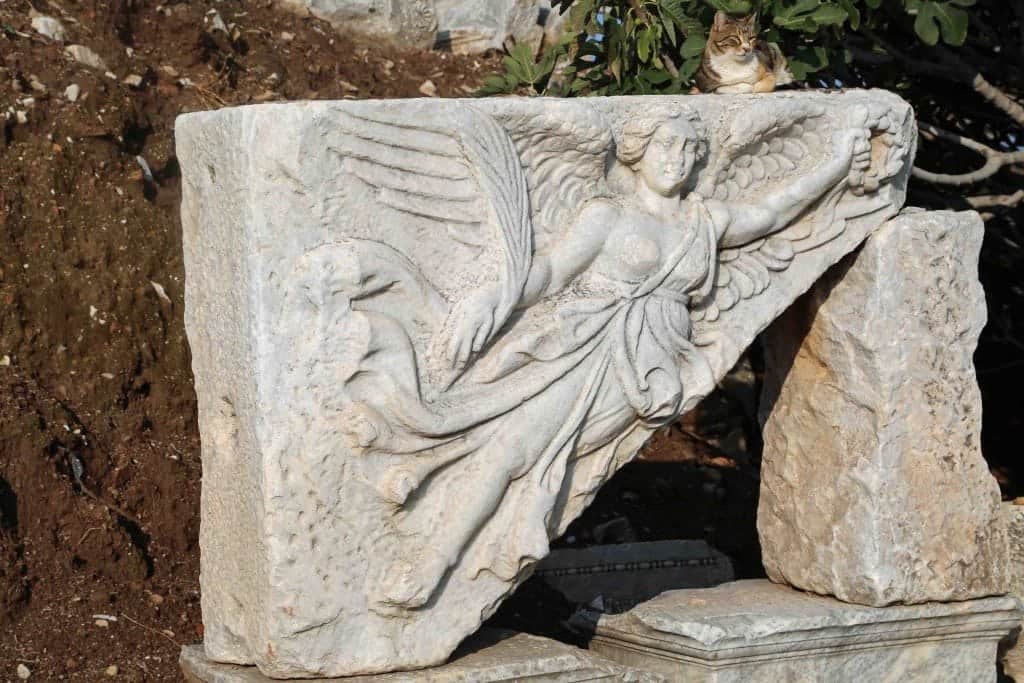 There are cats all over Ephesus. At one point the archaeologist brought them in to help fight the mouse populations. Now the cats have become a tourist attraction on their own. The majority of them are very friendly and happy if you visit with them. 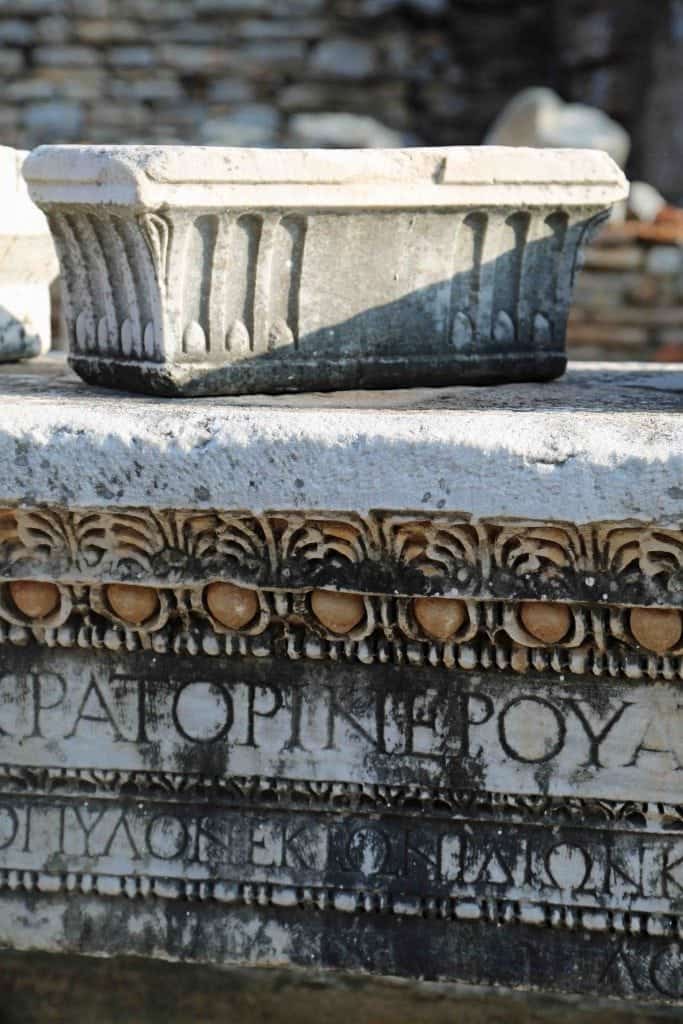 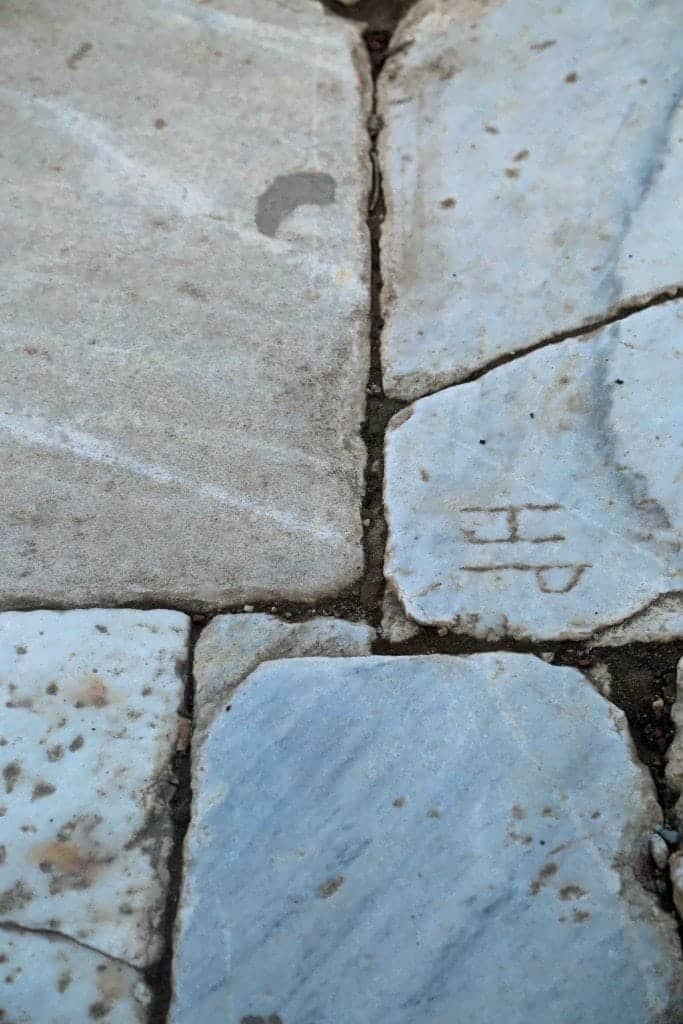 Keep an eye out for initials carved into the marble stones. These are the initials of the worker who completed that section of the walkway. They carved their initials in to show the work that they had completed our guide told us. 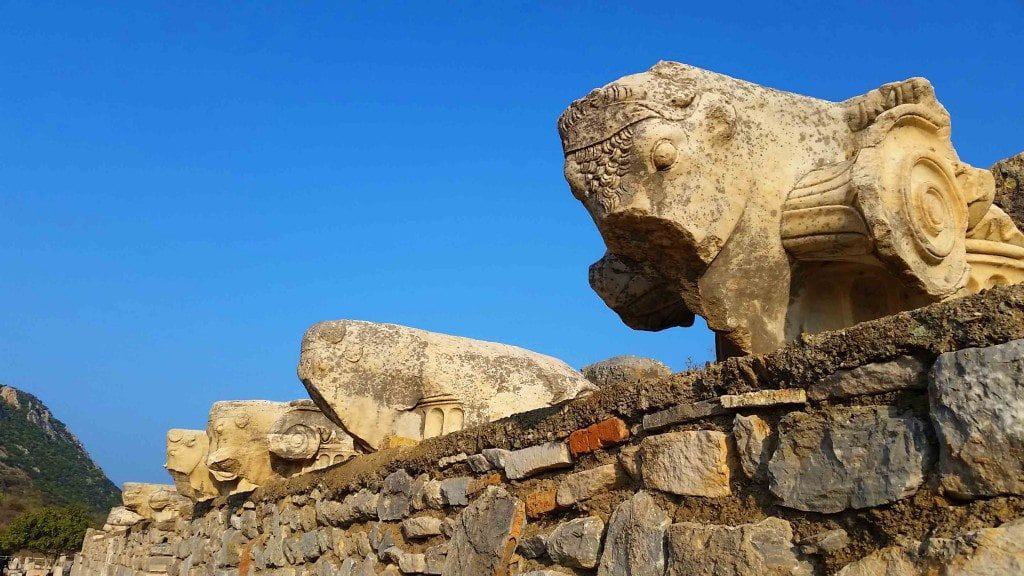 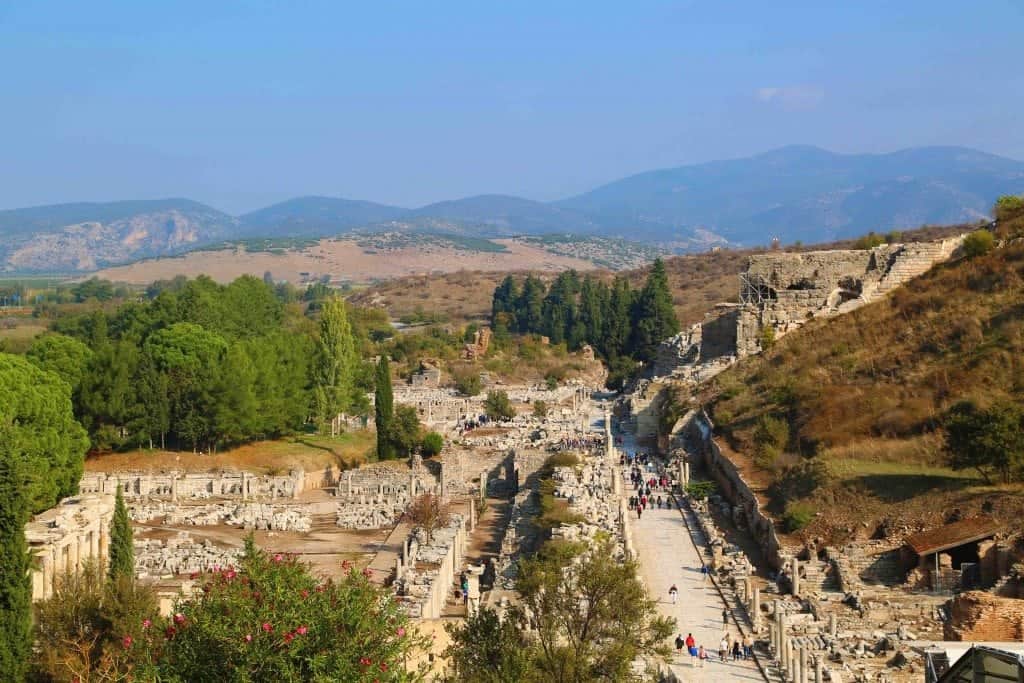 Check out even more reasons to visit and love Turkey! This is a country that is easy to fall in love with and has so much to do and see! 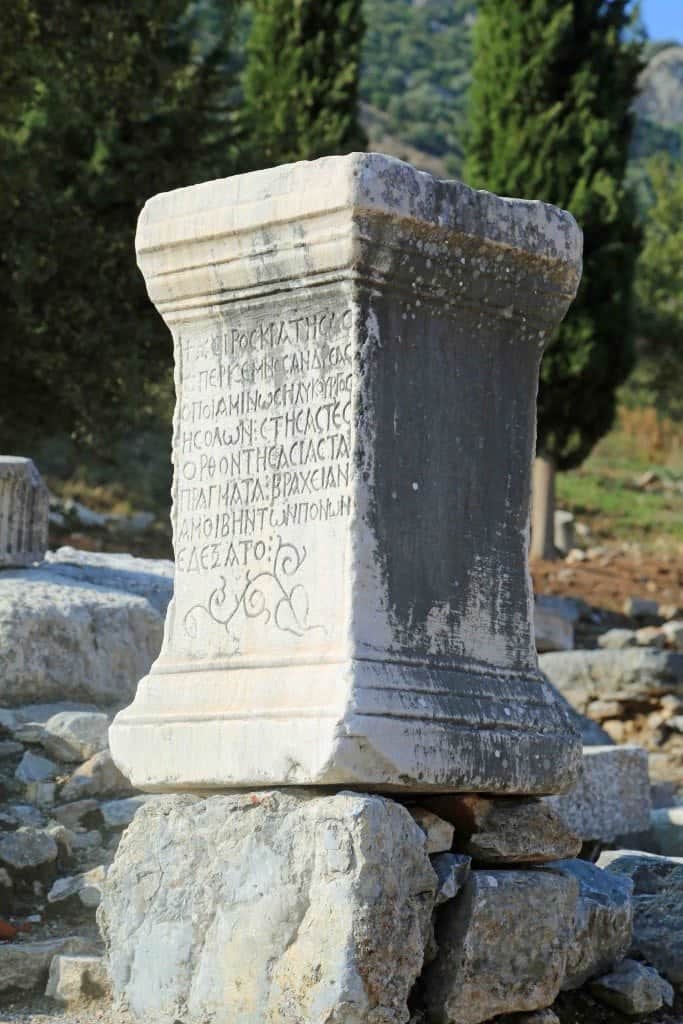 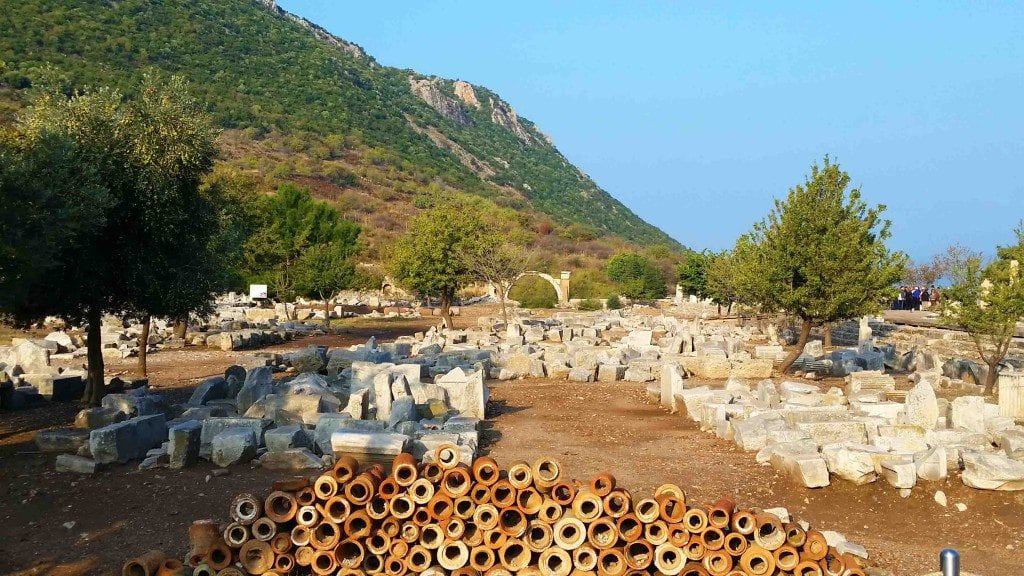 Our guide told us that many of these water pipes could still hold water today without leaking. He said the system they used to connect the pipes was truly amazing and leaking pipes were not an issue most of the time. 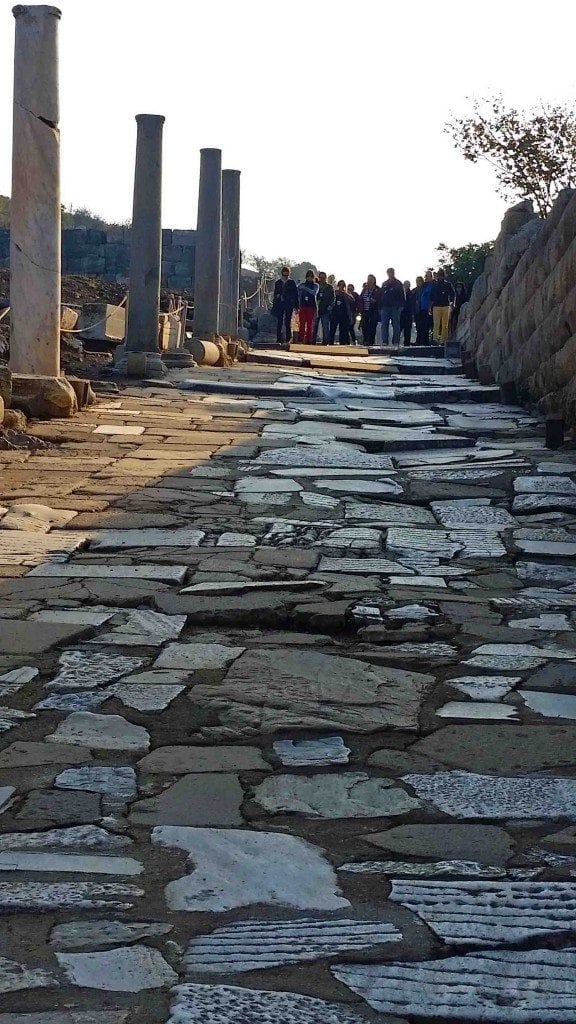 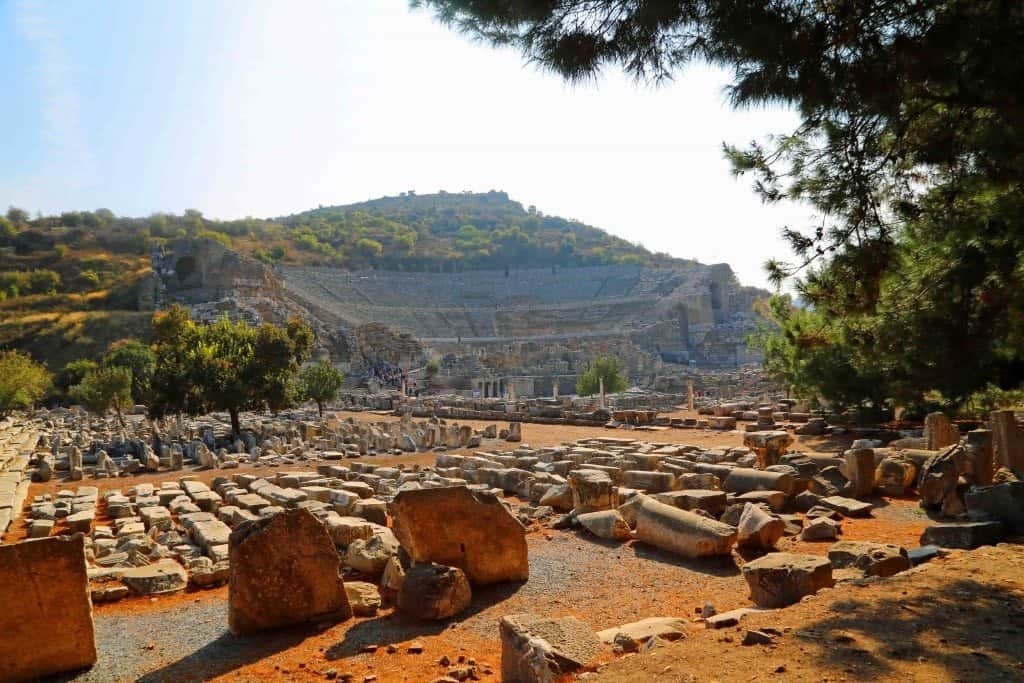 The Great Theater of Ephesus, where St. Paul once preached, was carved into the side of Mt. Pion in the 4th century BC. It held up to 24,000 spectators and is still renowned for its outstanding acoustics. 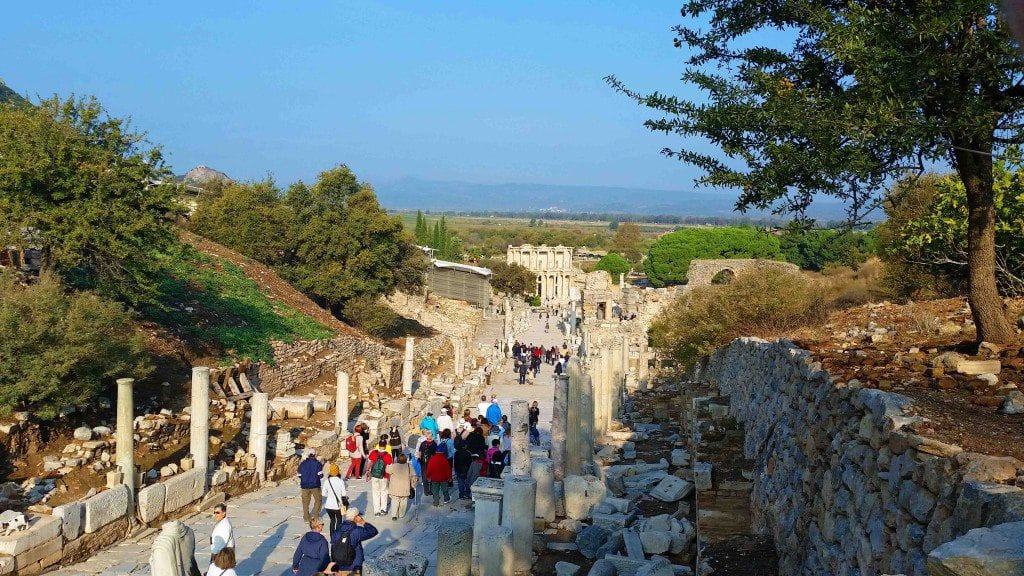 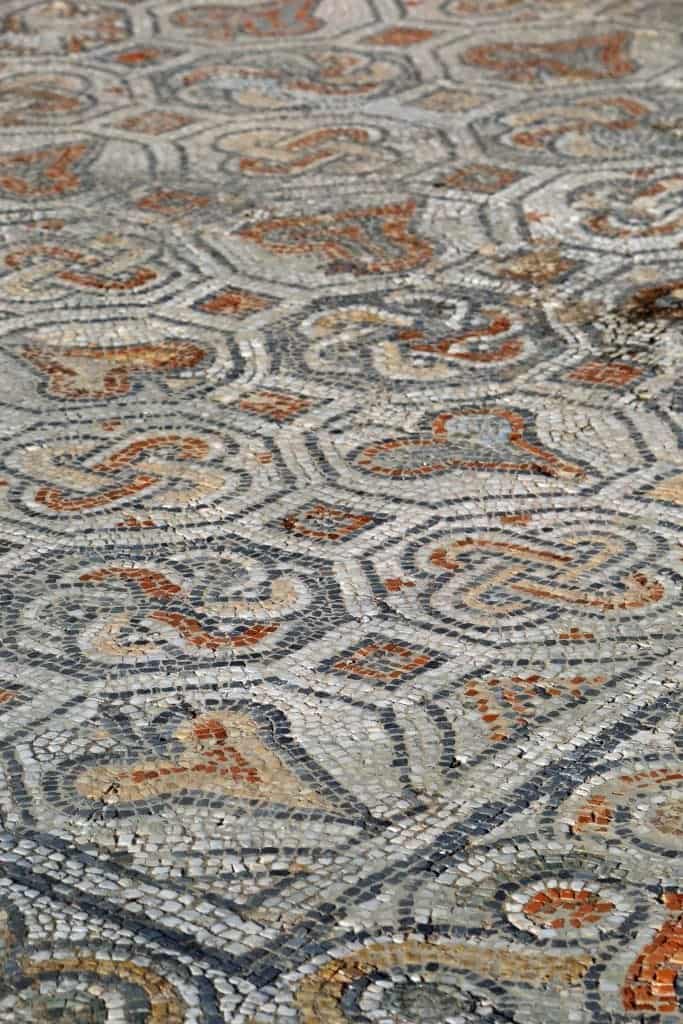 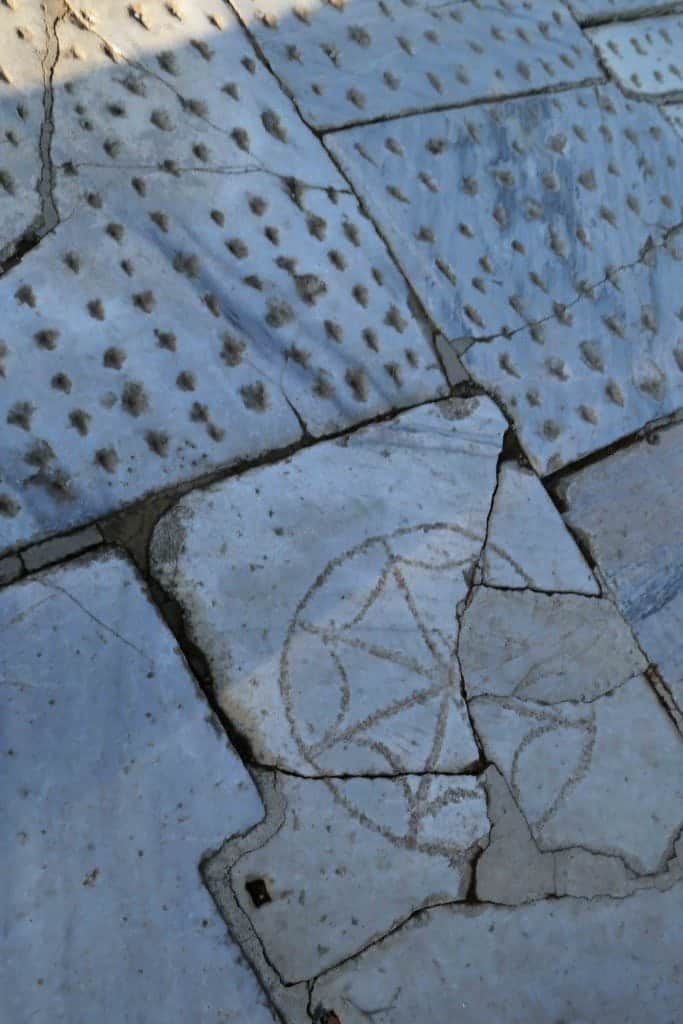 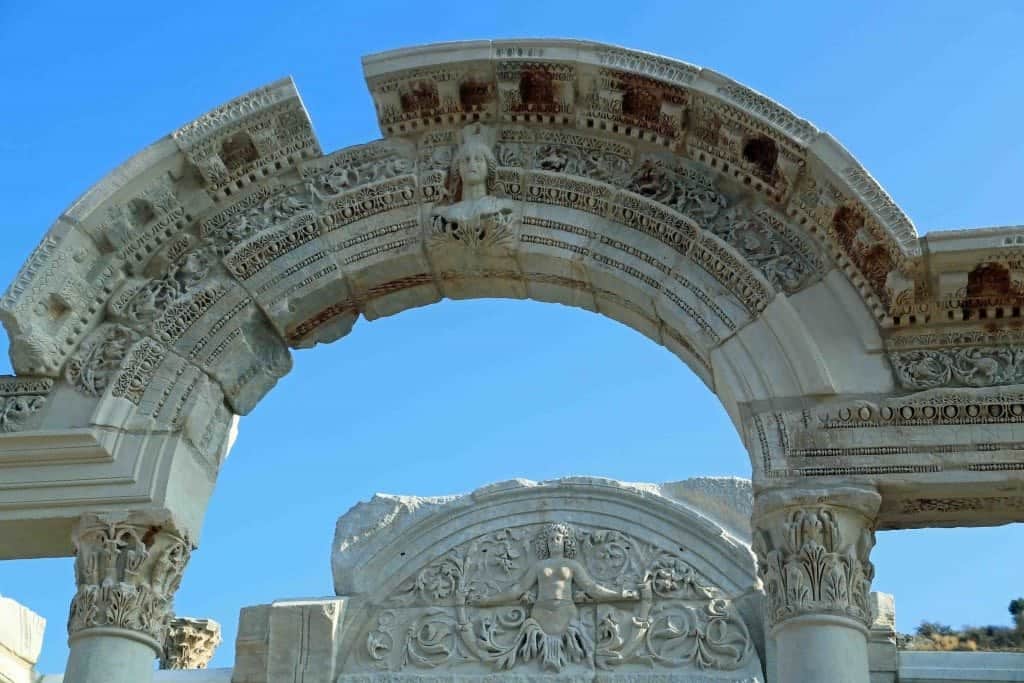