During our trip to Branson, Missouri we had the opportunity to explore the Branson Titanic Museum. I have to admit that I wasn’t really sure what to expect from the museum.

I had heard really good reviews from a couple of friends who have visited other Titanic Museums around the country but wasn’t sure really what to expect.

You see this giant Titanic ship as you drive down Branson’s main street and it draws you in. As most of you know we are avid cruisers so the idea of going to a museum about a ship sinking kind of felt wrong in a way….or maybe it just made me a bit nervous to even think about it all. 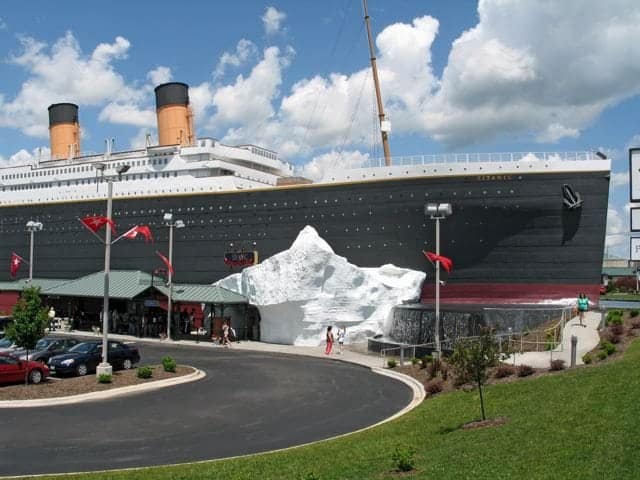 When you enter the museum you are given a boarding pass with your passenger name and information about your trip. One thing you don’t know is if you survived or perished in the Titanic.

From the moment we received our boarding cards we were curious and wondering who we were, did we make it and what kind of lives did we live. These questions were constantly in our heads as we walked through the museum.

It became almost a game to see if we could find a piece of information or an artifact from our lives? 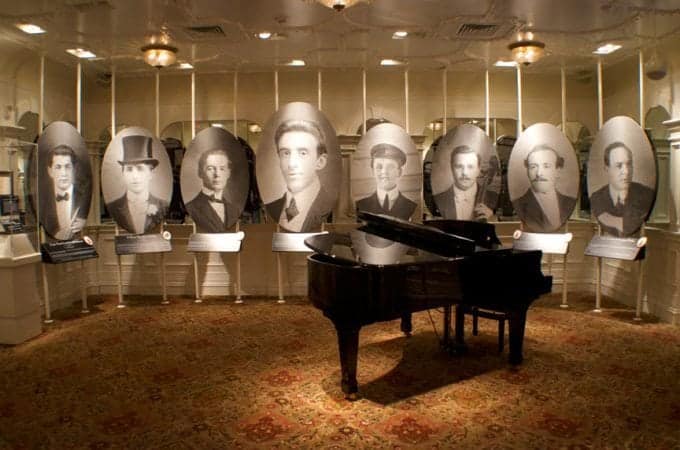 There is so much information in the Titanic Museum you want to make sure and give yourself enough time to absorb it.

This is definitely not a quick super fast out you go tour. The walkthrough can take as long or as little as you need. It is a self-guided walk and you can easily stop along the way to just soak up the information available. 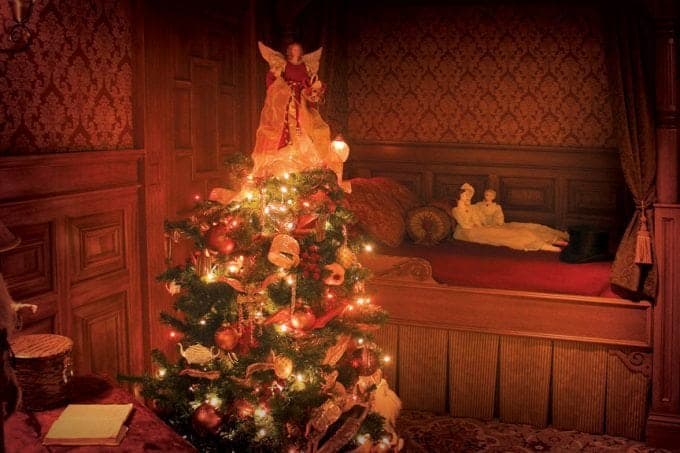 One of the areas we found fascinating is the room setups. We have never had a cruise ship room that looked quite like this one.

Plus check out the bed it is so much shorter than you would expect. I didn’t think about how much taller we are today than the average height when the Titanic sailed. 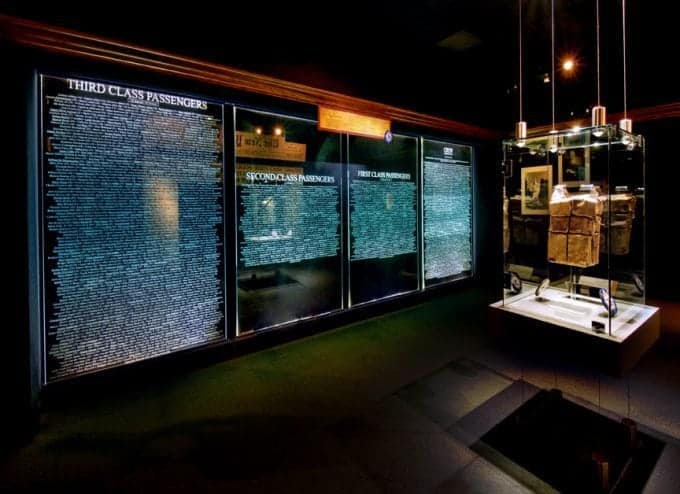 The Titanic Museum does an amazing job showcasing all of the passengers on the ship not just those in first class. You really get an idea of just how many people were on board the ship on that fateful day.

I didn’t realize that there were passengers that took a short cruise on the Titanic before it sailed across the Atlantic. I had always thought it was it’s only cruising but in fact, there was a shorter cruise in England before it departed. 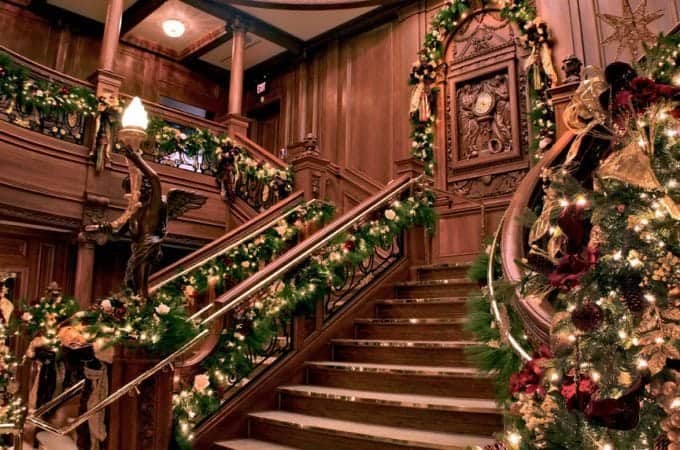 The Grand Staircase is breathtaking!

You can have your photos taken during your tour and view them in the gift shop. They place your picture on different sections of the ship so you can see what it would be like to stand on the Grand Staircase.

We learned so much during our tour of the Titanic Museum. It was such a treat to be able to learn about the passengers, the ship and what happened that fateful night.

For the first and only time, the largest assemblage of remaining RMS Titanic life jackets will be on exclusive display March through June 15 at the Titanic Museum Attraction in Branson, Missouri. A new dimension in “Living Titanic Exhibits” will showcase seven of only 12 known Titanic life jackets beginning March 1 in Branson.

“There are only 12 KNOWN Titanic life jackets left in the world. For the first time, seven of these priceless artifacts will be at Branson’s Titanic Museum Attraction.”

Plan ahead and be among the first to witness this major Titanic Museum Attraction event at the museum attraction in Branson. Opens daily at 9 a.m. Reservations are strongly suggested.  Tickets are available online at www.titanicbranson.com, or by phone at 800-391-7870.

A few things to know/travel tips

~No photos are allowed inside the museum. Your camera will need to be covered during your visit. If you do not have a cover the front desk offered a plastic bag to cover your camera.

~The museum is kid friendly. There are displays specifically designed for kids that are really fun.

~The entrance to the museum has an area where you line up if there are a lot of people in the museum. Depending on the time of year you visit you may want to bring a jacket or be prepared for the weather.

Top things to do in Branson – All the things you don’t want to miss in Branson, Missouri.

Things to do in Branson Mo

A Visit to College of the Ozarks Branson Missouri

Enjoy the views on the Branson Scenic Railway

A visit to the World’s Largest Toy Museum Branson Missouri