One of the things that is amazing about Disney is how much time, energy and research goes into creating the parks. Today I am excited to share 16 Disney Magic Kingdom Secrets. 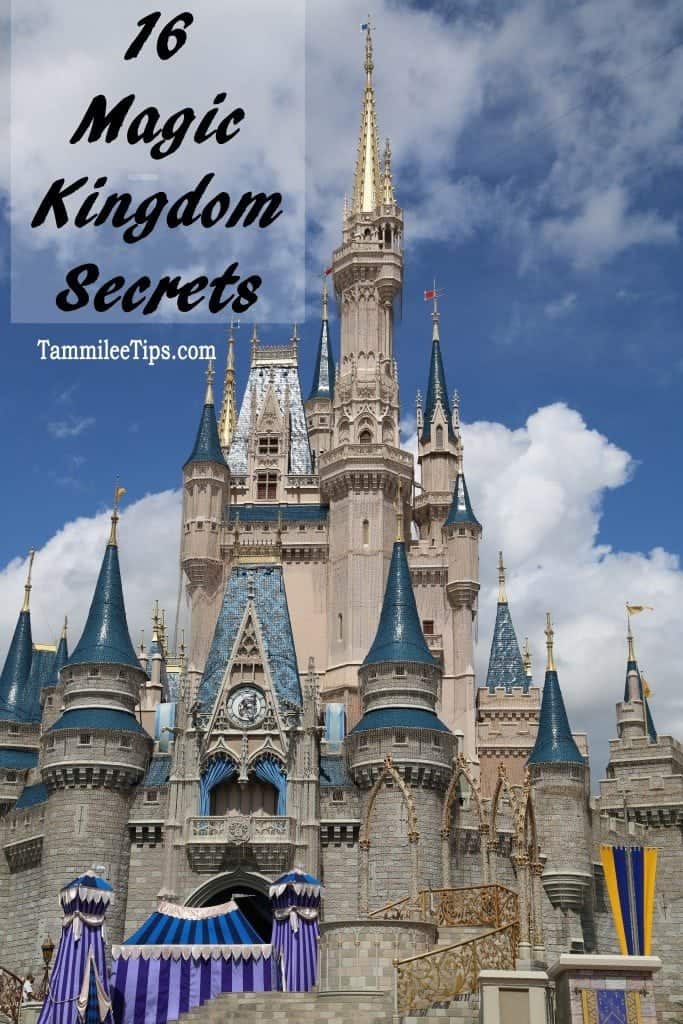 The Winnie the Pooh ride took over the space of Mr. Toad's Wild Ride. There are pictures showing Mr. Toad handing Owl the deed to his house.

Look for footprints from Peg-legged Davy Jones on the exit of the Pirates of Caribbean Ride.

Cinderella Castle is 189 feet tall, Imagineers kept the castle under 200 feet so it does not need plane beacons. They used a technique called forced perspective to make the castle look so big.

The brown gravel like concrete through Liberty Square represents sewage. Yep, Sewage! It represents the river of sewage that would have flowed down the middle of the street in colonial times.

If you look at the buildings in Liberty Square they all have a 2 digit number. If you add an 18 before the number that is the year that style of the house was popular.

As you move from Liberty Square to Frontier Land you are symbolically crossing the Mississippi River and journeying West.

Main Street has a working barbershop, this is the perfect place for a baby's first haircut.

It took an act of congress to get the Presidential Seal for the Hall of Presidents. It is one of only 3 in the country. The other two are at the Liberty Bell and Presidential Office.

You are never more than 30 steps from a garbage can in the Magic Kingdom. Walt Disney visited other theme parks and found that people would walk 30 feet before dropping garbage.

No gum is sold anywhere in the park. If you love gum make sure you bring some with you.

The pirates playing chess in the Pirates of Caribbean ride have died because the game will never end. Imagineers did research to find a chess game that was not winnable.

I hope you enjoy these great secrets/not so secrets of the Magic Kingdom. Let me know if I have missed any in the comments below and I will add them to the list.

Don't miss the best restaurant at Magic Kingdom! It isn't a secret that Disney knows how to making dining an epic experience.

Is it possible to visit Magic Kingdom in One day...we think so!