Are you planning a trip to Curacao?

We absolutely love visiting Curacao! The beaches are amazing!  There is so much to do on the island of Curacao. We thought we would put together our best Curacao Travel Tips. 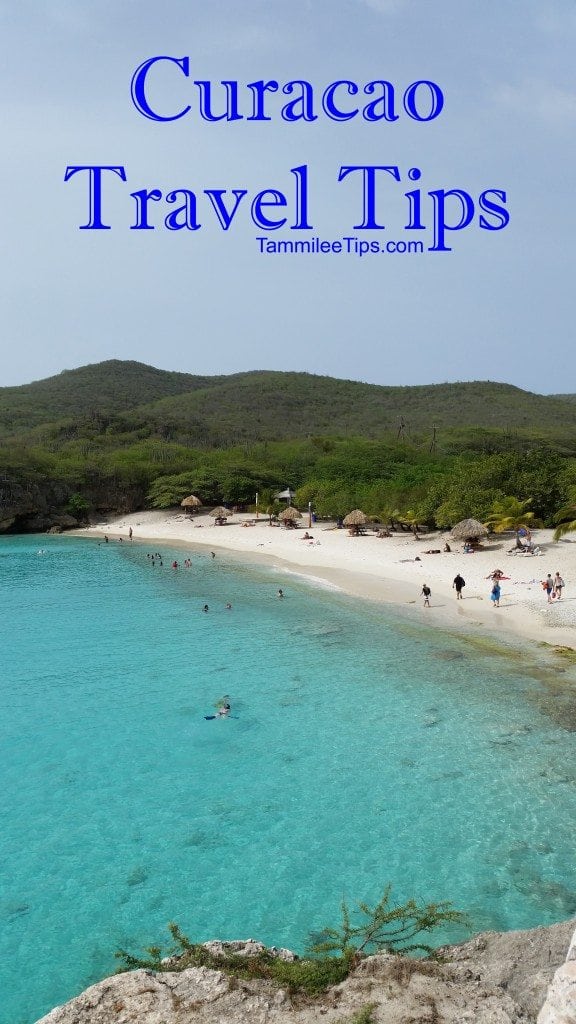 Here are our best Curacao Travel Tips to make your vacation the best it can be.

What to buy – Wooden shoes, painted porcelain windmills and Curacao Liqueur are island favorites for shopping.

What to do – Curacao offers a huge variety of things to see and do. You can visit an ostrich farm, sea aquarium, spend time on the beach, check out the flamingos in the salt ponds, and so much more

There are over 40 beaches on the island of Curacao ranging from white sand beaches to rocky pebbled beaches. All of the beaches are cove or lagoon beaches. You won’t find huge stretches of white sand beaches on this island. Many beaches charge a daily entrance fee. There is also a fee for chairs or palapas on many beaches.  Most beaches are accessible by dirt roads but there is good signage telling you where to go.

Curacao is a great island to rent a car because you can’t really get too lost. There is a main ring road and then side roads from there. You drive on the same side of the road as you do in the United States so you don’t have to worry about that. There are no highways on the island. Traffic is mainly stop and go with round-about to keep speed in check.

Visit the Otrobandas Floating Market to see a great selection of tropical fruit and vegetables unloaded from Venezuelan schooners.  Check out the spice stands!

What to eat– Don’t be surprised that goat stew is an island favorite. There are a lot of goats on the island and well there is also goat stew. The local food also focuses on fresh fish. Iguana soup is considered a aphrodisiac and eaten by men on the island. We were told it can have a lot of bones in the soup so be careful when eating it.

There are no regulations for painting your house in Curacao. You can paint your house any color that your choose or any pattern.

Parrots, Parakeets, Crested CaraCara known locally as the Wadi Wadi bird and flamingos can be found on the island.

The north side of the island is incredibly rugged with a lot of waves and wind. This is a beautiful area for exploring but probably not where you want to think about going swimming or spending the day relaxing.

Some days there is a haze across the island that is actually caused by Sahara Sand!

Curaçao’s highest point is the summit of Mt. Christoffel at 1,227 feet.

It is rumored that founding Governor Albert Kikkert feigned migraines to have the town buildings painted in vibrant colors, to spike sales of his paint company.

LOCATION: Located in the southern Caribbean, just 40 miles off the coast of Venezuela. 12° north of the Equator.

CAPITAL: Curaçao’s capital, Willemstad, is the island’s only city.

LANGUAGE: Dutch and Papiamentu and English are recognized as the official languages, although Spanish is widely spoken.

CLIMATE: A warm sunny climate is typical year round with an average temperature of 80 degrees. Rainy season is between October and February and marked by short occasional showers, mostly at night. Annual rainfall is about 22 inches.

GETTING to Curacao: Daily flights on AA and Insel Air from Miami, weekly flights on Insel Air from Charlotte, NC and seasonal service from Toronto on Air Canada, WestJet and SunWing. Charter flights also available. Additional connections from neighboring islands, The Netherlands and Germany.

ENTRY REQUIREMENTS: US and Canadian citizens require a valid passport and airline ticket.

Beautiful beaches,warm water and so much more in St. Maarten