During our Castles & Legends cruise with Viking River Cruises, we had the opportunity to take a Sound of Music tour in Salzburg, Austria. 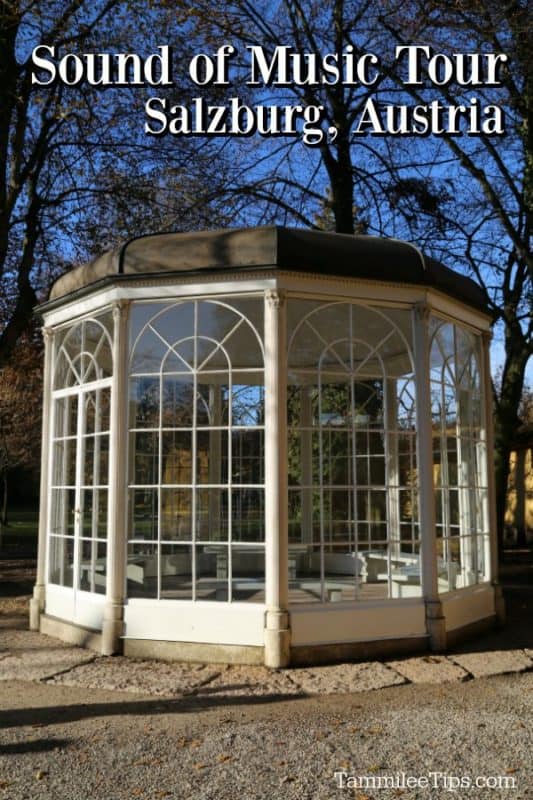 The week before we headed to Europe we watched the Sound of Music so we would know the different sites hopefully and enjoy them even more.

When the film was being produced and filmed in Salzburg and surrounding areas it was 1964. Prior to the technology that we use and love now. Most residents didn't have even VHS players for a long time let alone DVD's to be able to play the music.

One thing I found really interesting was learning that the production caused some older residents to freak out. Imagine that you have no idea a movie is being filmed in your city. You walk into one of the main squares of the city and see a Third Reich flag along with Nazi soldiers marching through the square. You have no idea it is for a film and think that the Nazis are invading Austria again.

Another interesting thing to know is Edelweiss and the other songs that you hear in the movie are not Austrian songs. They were created by Rogers & Hammerstein. You will most likely hear them all over town now on a Sound of Music tour but they are not original Austrian music.

Many of the scenes for the Sound of Music were filmed in Salzburg with others being filmed in the Salzburg Lake District. A lot of scenes were filmed in Hollywood for the areas that were not easy to be filmed in Austria. 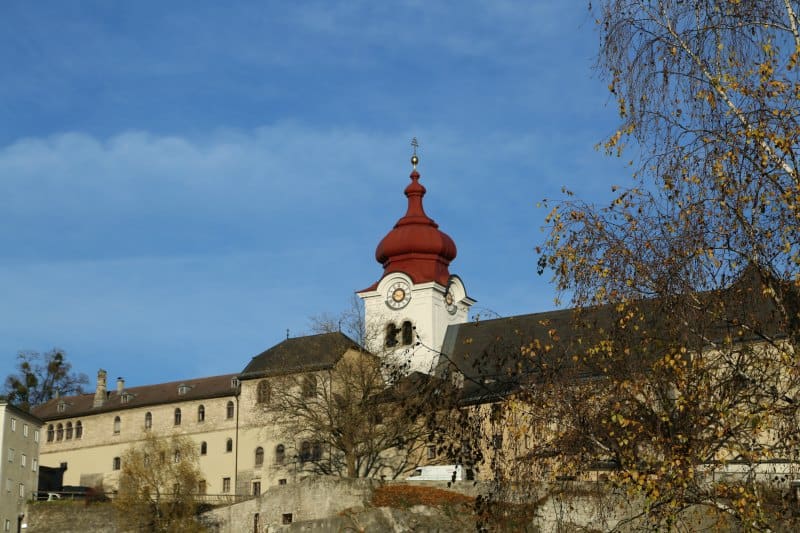 Our tour started with a stop to see the Nonnberg Abbey where the "real" Maria from the Von Trapp family was a novice and where Maria and Captain Von Trapp married in real life.

The Abbey is closed to visitors but you can walk up to the church for church services. There is a great view from the visitor parking lot in Salzburg. 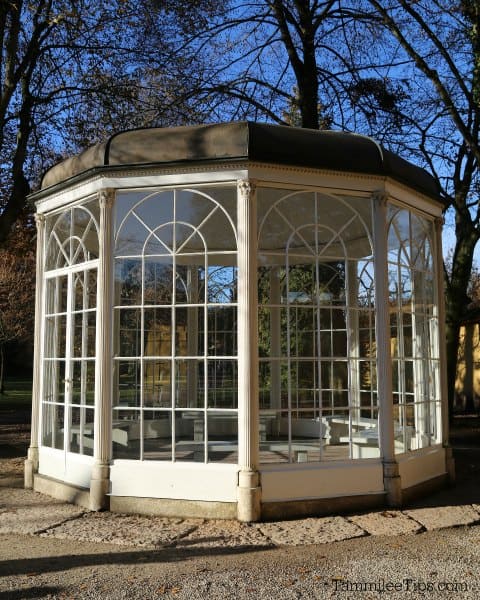 Our next stop was Hellbrunn Palace to visit the gardens and see the gazebo from Sound of Music.

One thing to know is the gazebo was moved to the gardens to make it easier for people to see it and also for security.

The doors of the Gazebo are locked but you can pose for photos outside of it and sing your own rendition of I am 16 while you are there.

We had the opportunity to visit a couple of filming locations in Salzburg the day before our Sound of Music tour.

If you are in Salzburg make sure and check out Mirabell Gardens where the song Do-Re-Mi was filmed. You can also walk along the bridge where the Von Trapp kids play in their dresses made out of curtains. 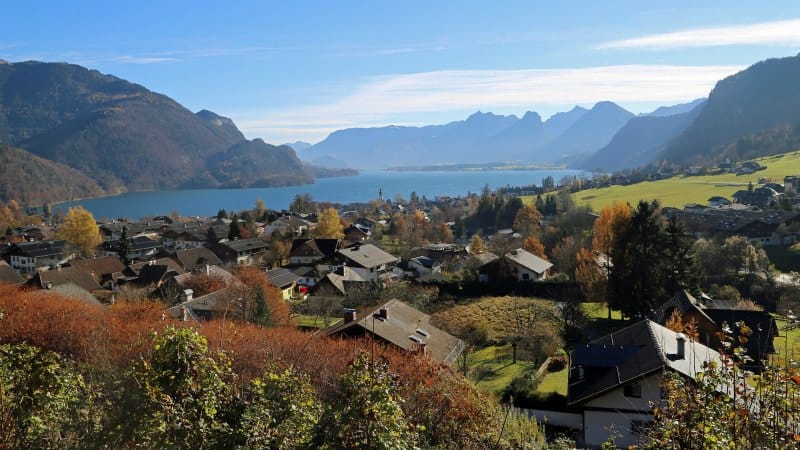 After seeing the Gazebo we headed to the Salzburg Lake District. This gorgeous area is shown at the beginning of the movie and in the panorama shots.

This is a gorgeous area and you should give yourself more time than you think you will need to explore this area. 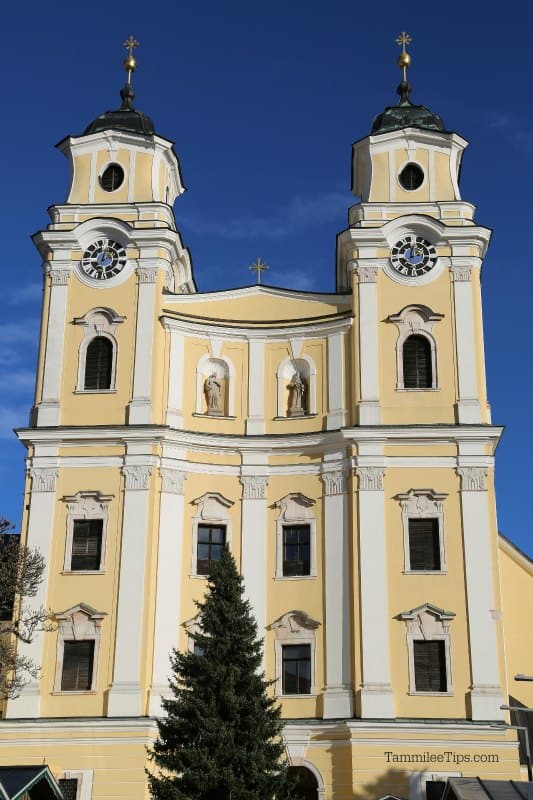 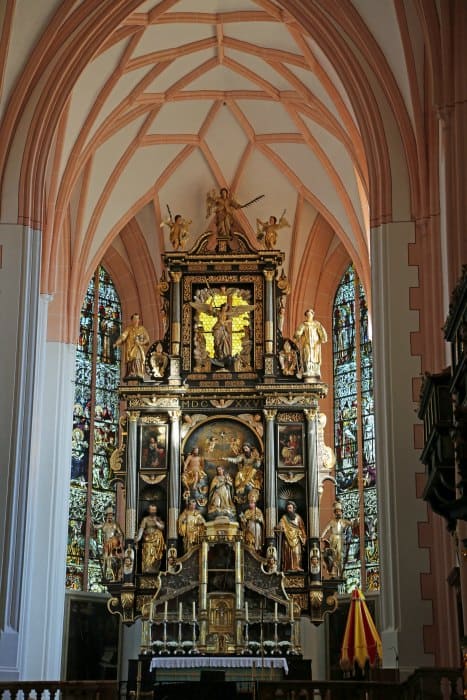 The next stop was the town of Mondsee to see the Mondsee Cathedral. This cathedral was used as the location of the wedding scene of the movie.

If you are heading to Salzburg to take a Sound of Music tour I highly suggest rewatching the movie before you go. A few of the spots that are in the movie are not super easy to see as you tour Salzburg.

The Captain's backyard at Leopoldskrom Palace we saw from the bus but were unable to get up close to see it. Along with the lake made famous from the boating scene. 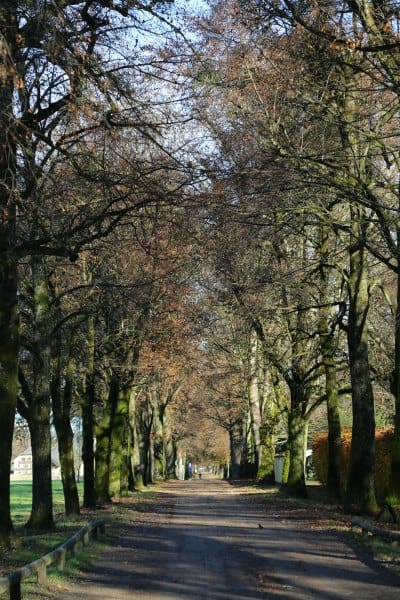 We participated in the tour while on a hosted trip with Viking River Cruises. All opinions expressed are our own.