During our Viking River Cruise land tour part of the Castles and Legends cruise we spent the morning taking a tour of Munich, Germany. 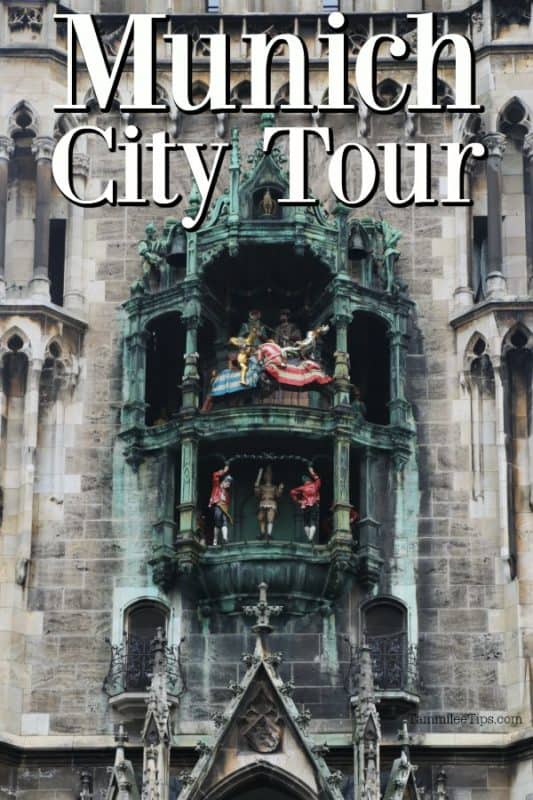 The tour left directly from the hotel in the morning after we loaded our luggage and made sure everyone was accounted for. The first two hours of the tour were a bus tour through the city. We had the opportunity to see the summer palace, Olympic Park and other highlights around the city.

On the day of our tour, it was pouring rain. Being on the bus for the first part of the tour was a great thing. We sadly couldn’t get a ton of photos because of the rain. 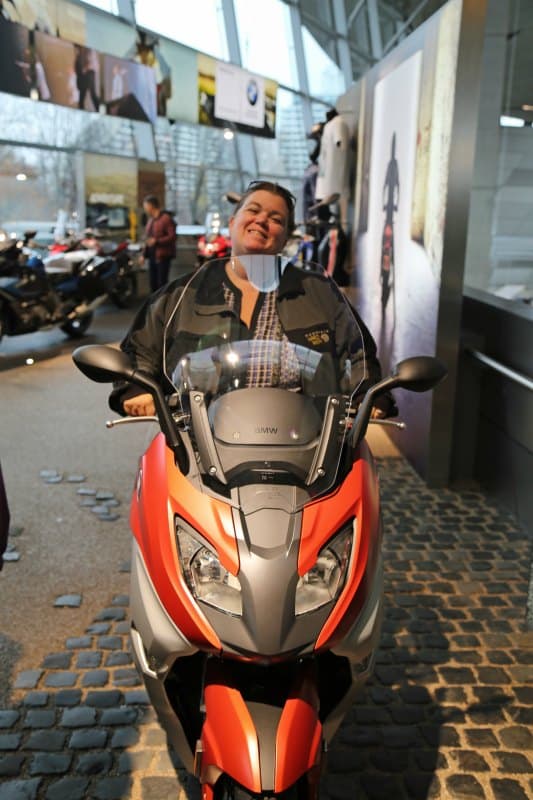 During the driving tour, we stopped at BMW World for a quick 30 minute stop. This was a random but fun stop for the bathrooms and also to see the showrooms of BMW. We found out that you can order a BMW online, watch it being made part by part online and then fly to Munich to pick it up in the showroom if you like.

The second half of our tour was a walking tour through Munich. We spent a little over an hour walking through the city, learning about the history and events that are held within the city.

We saw the location of the Christmas market and also the outdoor market and beer gardens. 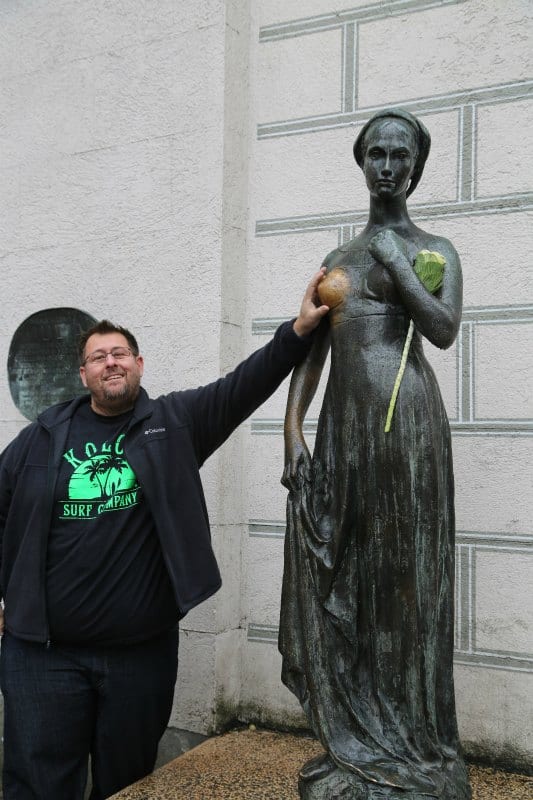 The Juliet Statue that you’re supposed to touch Juliet’s breasts for a chance at undying love. Something I def did not think I would be seeing on our tour. LOL! 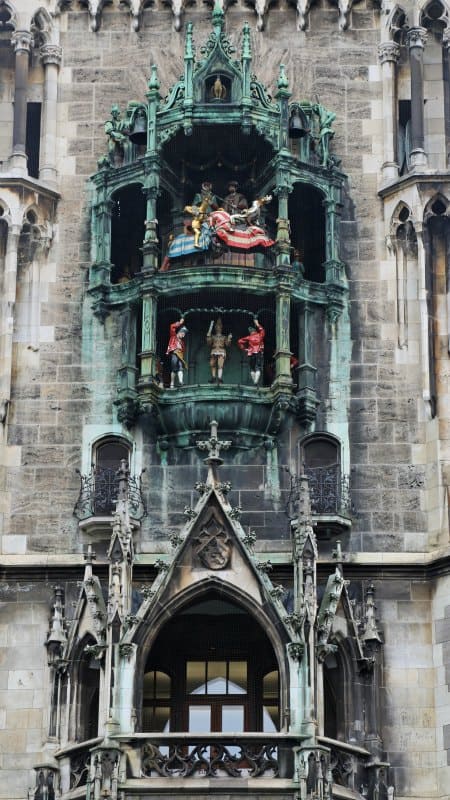 At 1 pm we had the opportunity to watch the Glockenspiel show in the Marienplatz. Definitely one of those things that you need to see at least once during a trip to Munich. The history and art that went into this wedding gift is amazing.

After watching the Glockenspiel show we had almost two hours to wander on our own. We had a designated meeting place as a group and then we were off to explore. 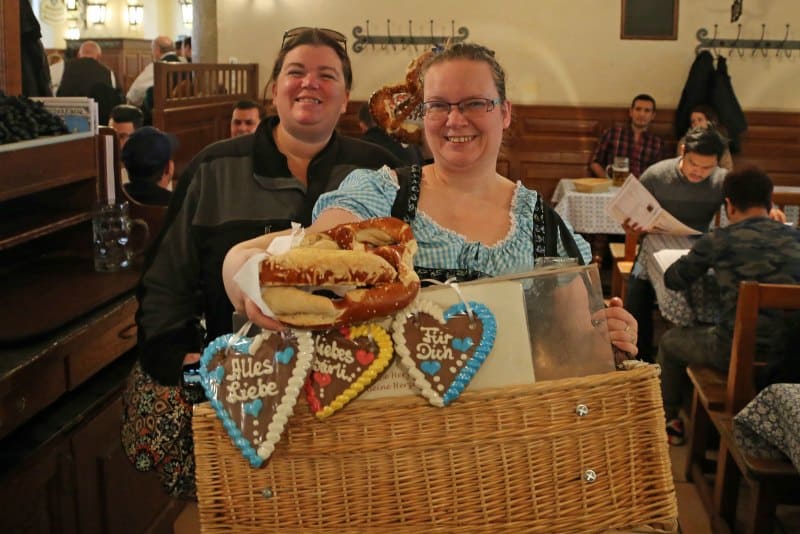 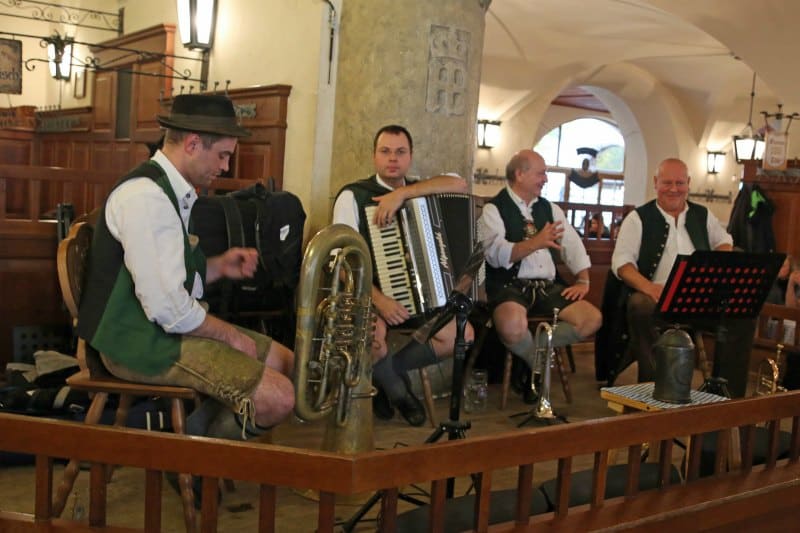 I have to tell you there is a Starbucks and a Hard Rock Café right near the Hofbrau house if either of those are things you need in your life.

I know it won’t surprise you that I needed a Starbucks Chai and wanted to check out their cool mugs. I kind of wish I would have picked up the Munich mug but I was worried about getting it back to the bus in the rain in a paper bag.

The Hofbrau House was exactly what I expected it to be for the most part. Quite lively, loud, and filled with happy people. There was a German band that played while we were there and a great pretzel server.

You can buy a pretzel that is bigger than your head! This is probably a good thing since the liter of beer was bigger than John’s head. The pretzel can help soak up all the lager you enjoy during your visit.

The food at the Hofbrau house was not the best but it was pretty fast. You can decide if you want fast food or good food during your visit. I suggest skipping the spaetzle and just getting a pretzel. Trust me you will be happy you skipped it.

Our tour ended with walking back to the Viking Cruise bus and heading towards Salzburg, Austria for the next portion of our tour.

During the drive, our guide pointed out highlights along the hour and a half ride. This was also a great time to catch a nap and relax. 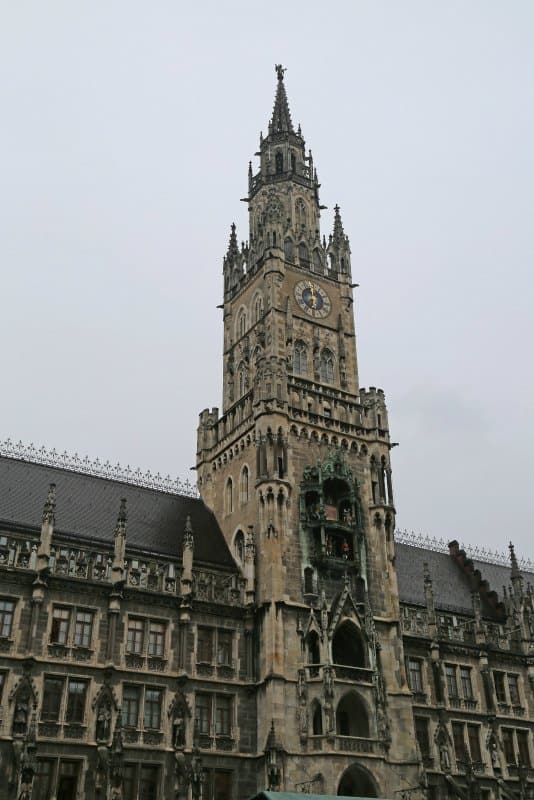 Previous Post: « Free things to do on the Big Island of Hawaii!
Next Post: Taco Tour in Puerto Vallarta with Vallarta Food Tours »