Villa Tugendhat in Brno, Czech Republic is a UNESCO World Heritage site that is so worth visiting. Villa Tugendhat was designed by Ludwig Mies van der Rohe and is considered to be an amazing example of modern architecture. Villa Tugendhat has a really interesting history that spans its entire lifetime from 1929 to now. 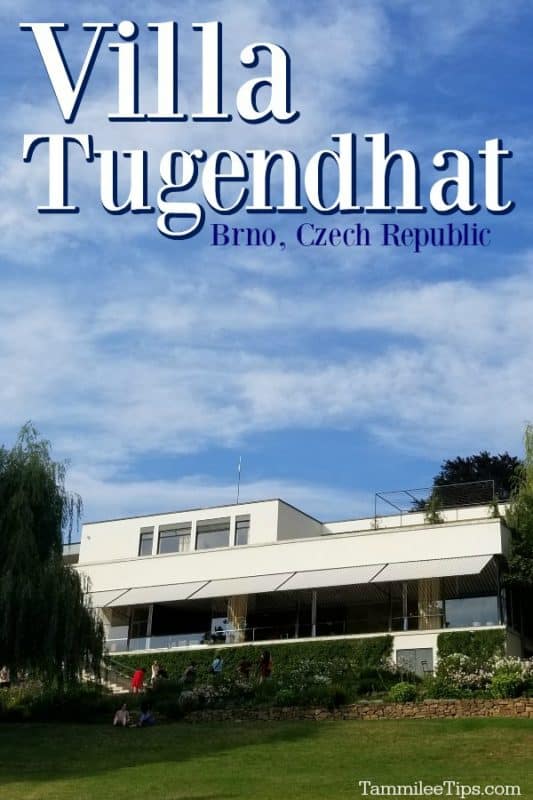 Greta and Fritz Tugendhat commissioned architect Ludwig Mies van der Rohe to build the villa. In 1938 the Tugendhat's were forced to emigrate from Brno due to their German Jewish roots.

The villa was overtaken by Gestapo and then devastated by Soviet soldiers at the end of the war. The villa was nationalized in 1950 and served as a dance school and then a rehab center for children.

The first repairs were done to the building from 1980 to 1985. The villa then served as a ceremonial facility for the city of Brno. 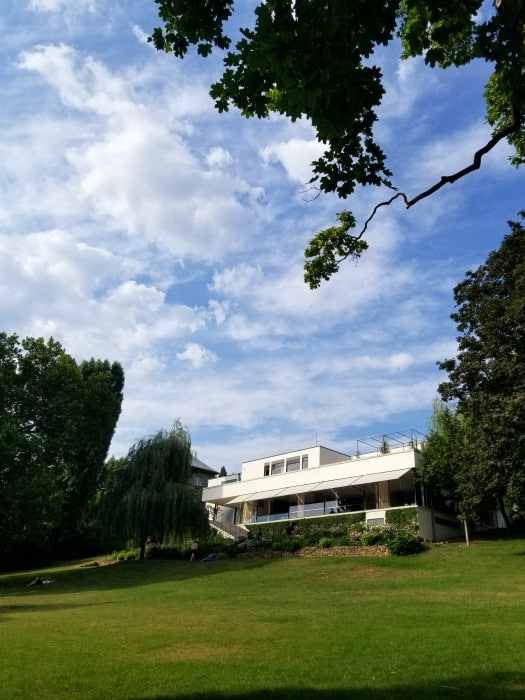 Since 1994 Villa Tugendhat has been operated by the Brno City Museum which opened it as the first monument of modern architecture in the Czech Republic. From 2010 to 2012 the Villa Tugendhat underwent extensive restoration to bring it back to close to the original look. 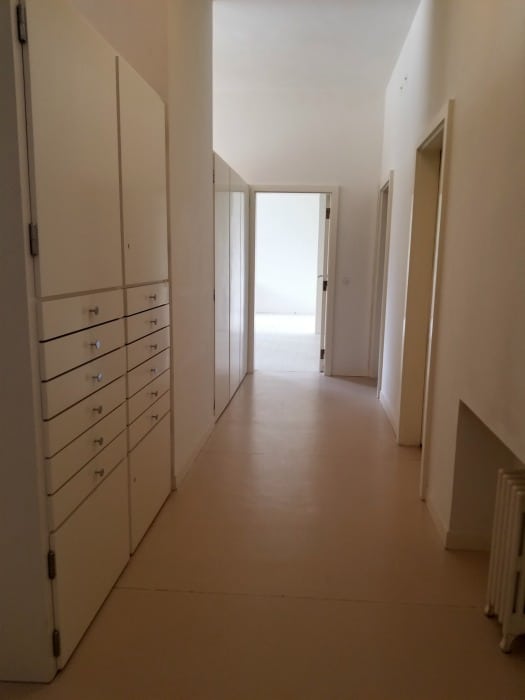 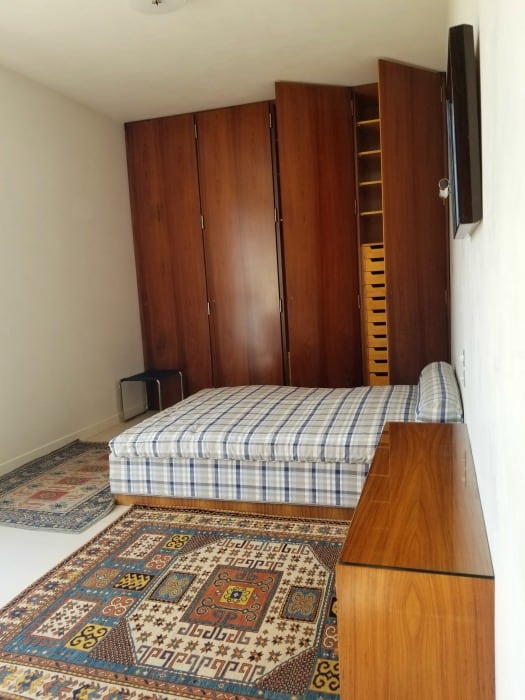 If you are planning to visit Villa Tugendhat please make sure and make reservations as soon as you can. This site is incredibly popular and the tours sell out quickly. We met a few locals who still have not been able to get to the Villa for a tour.

If you are unable to get a tour reservation for Villa Tugendhat don't despair you can still enjoy the beautiful gardens and views of Brno. For 50 CZK you can have a picnic or relax in the gardens. 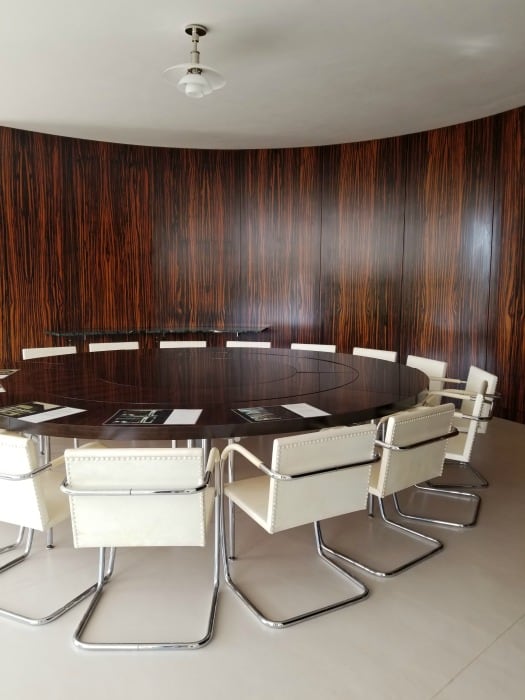 One interesting piece of history is in 1993 the separation agreement for the Czech Republic and Slovakia was signed within the Villa Tugendhat.  The agreement was signed at the large circular table pictured above.

Villa Tugendhat employs a steel load-bearing structure with columns on a cruciform floor plan. Onyx from Northern Morocco, Italian travertine, and veneers from exotics woods such as rosewood, zebrawood, and Macassar ebony decorate the interior of the Villa. 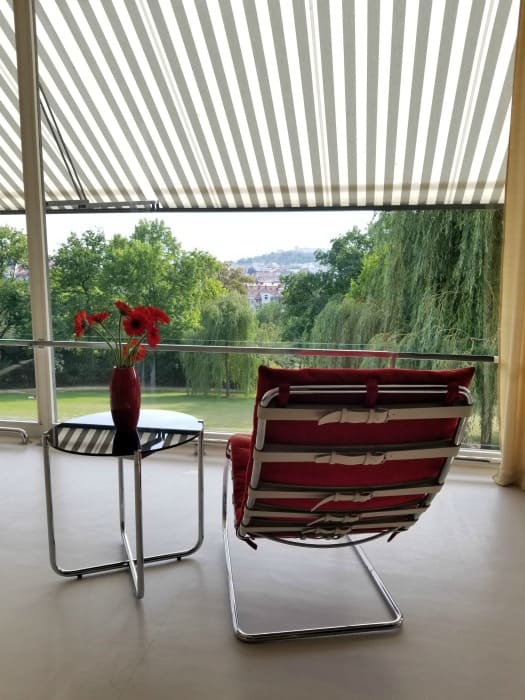 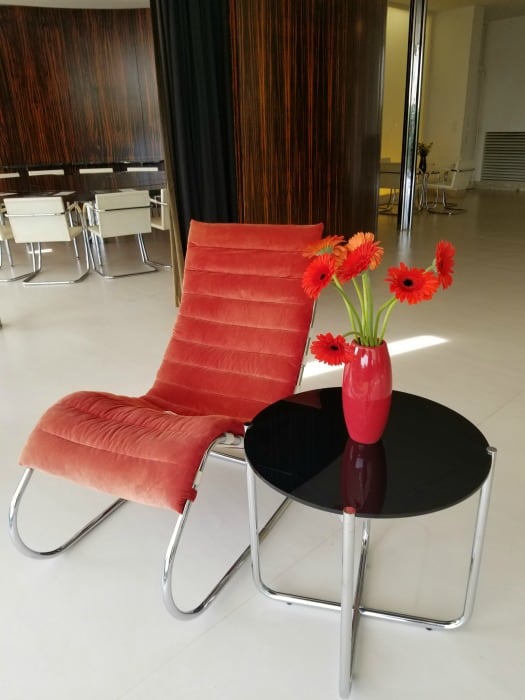 The Villa is filled with replicas of the original furniture that was in the home. Make sure and check out the photos showcasing where they found the wood surrounding the large table where the separation agreement was signed. 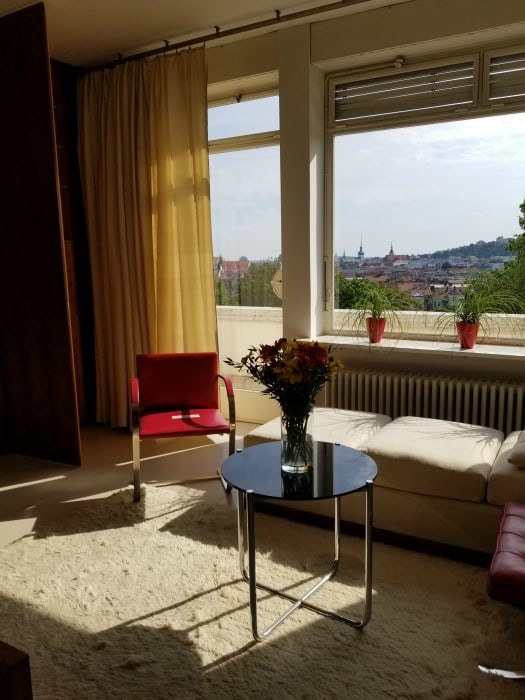 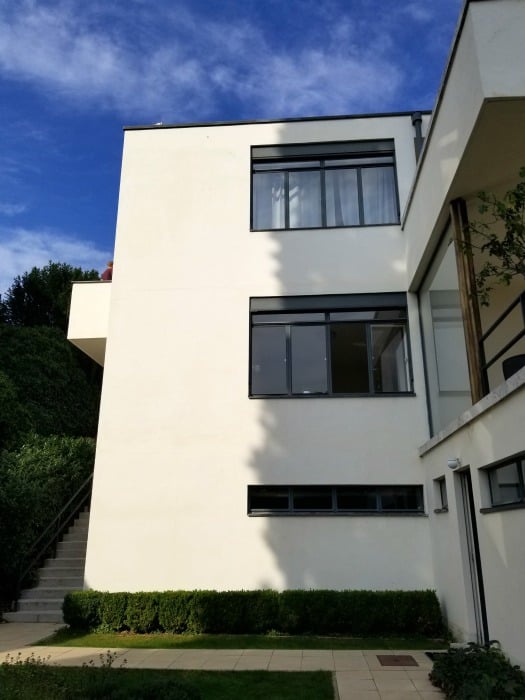 Online ticket purchasing is possible only at the cash desk or through the online reservation system of the Brno City Museum which is located HERE.

Bookings for the first half of 2019 will be accepted only by email or by phone from October 1, 2018.

Villa Tugendhat is located outside of the main area of Brno and would be quite a walk from the city center. You will most likely want to grab a Lift-A-Go Taxi to reach the Villa.

By public transport:
From the main railway station: tram no. 9 to Tomanova stop and from there along Tomanova street (approximately 20 min.)

From the Zvonařka bus station: bus no. 67 to Schodová stop and from there up Schodová street and along Černopolní (approximately 20 min.)

From Česká street: trams no. 3, 5 to Dětská nemocnice stop and from there along Černopolní street (approximately 15 min.)

The last entrance tickets to the Villa can be purchased at the cash desk at 5.30 pm.

The last entrance tickets to the Villa can be purchased at the cash desk at 4.30 pm.

A maximum of 15 people is allowed in one tour group due to capacity and safety reasons.
High heel shoes are not permitted in the Villa in order to protect the natural linoleum floor.

Things to do in Brno

Things to do in Ostrava

Check out all of our Czech Republic Travel Guides.