Lifting up from the Tesco parking lot in Brno, Czech Republic I had a few fears running through my head but also so much excitement. I couldn't believe that we were going on a hot air balloon ride over Brno the 2nd largest city in the Czech Republic.

I was honestly a bit confused when we were dropped off at a Tesco grocery store parking lot and then realized that we would be launching from right in the city. We loaded into the balloon and quickly we were heading skywards. 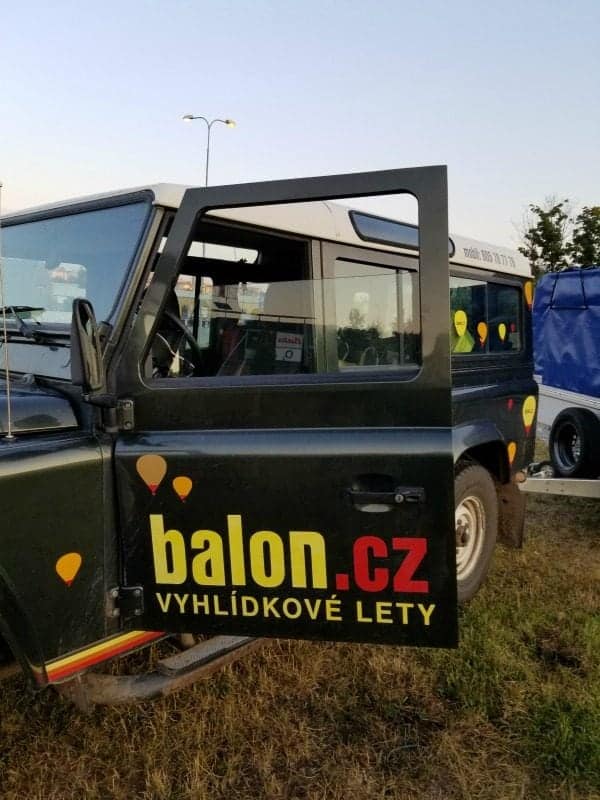 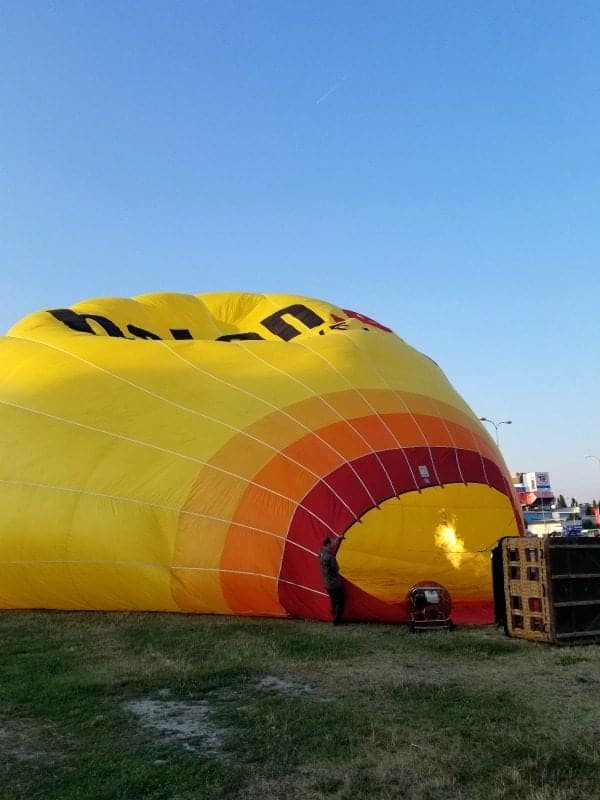 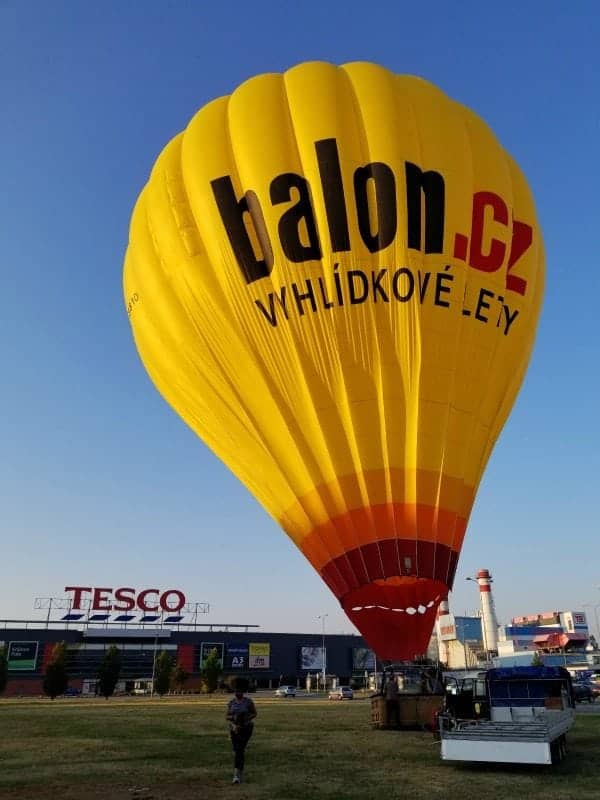 This was my second time riding in a hot air balloon and I am still amazed at how quietly and quickly you rise from the ground. My first time at the Reno Hot Air Balloon Festival I didn't know what to expect. This time I was much more prepared which makes it easier and scarier at the same time.

LOL! I knew that once I was in the basket I was in for the entire ride and wasn't in charge of where I was going or what I would be doing for a minimum of an hour. Doing this in a country where I don't speak the language made it even more interesting. 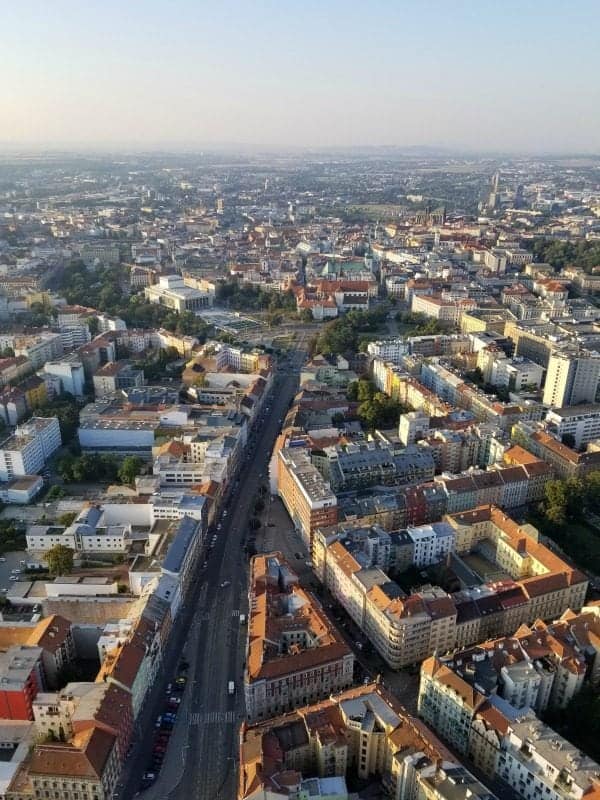 Thankfully our pilot was amazing and we spent an hour floating over Brno. We saw the church, main square, and palace from a kilometer up in the air. This is approximately .63 miles up in the air. EEK!

The views over farm fields, lakes, and small villages were truly amazing. I was reminded that some days you just have to lean in and see what happens while traveling. You have to trust in the process and enjoy the ride. 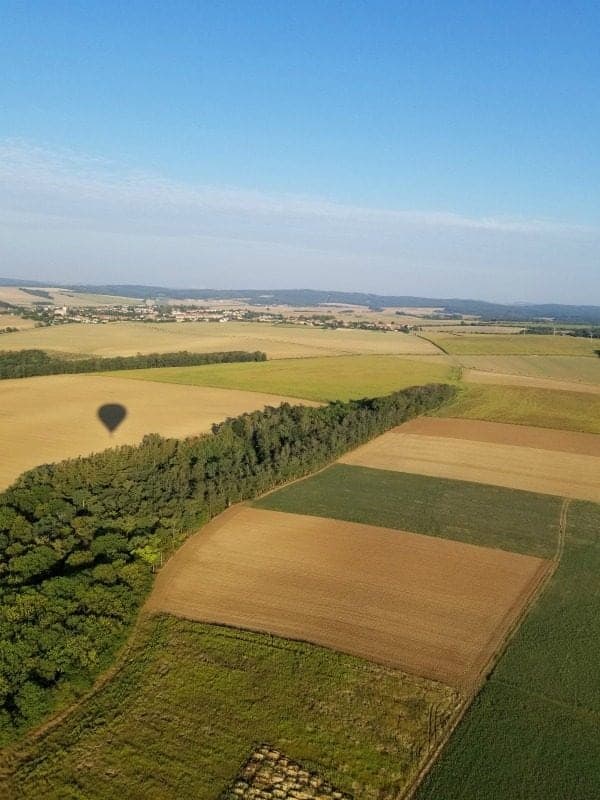 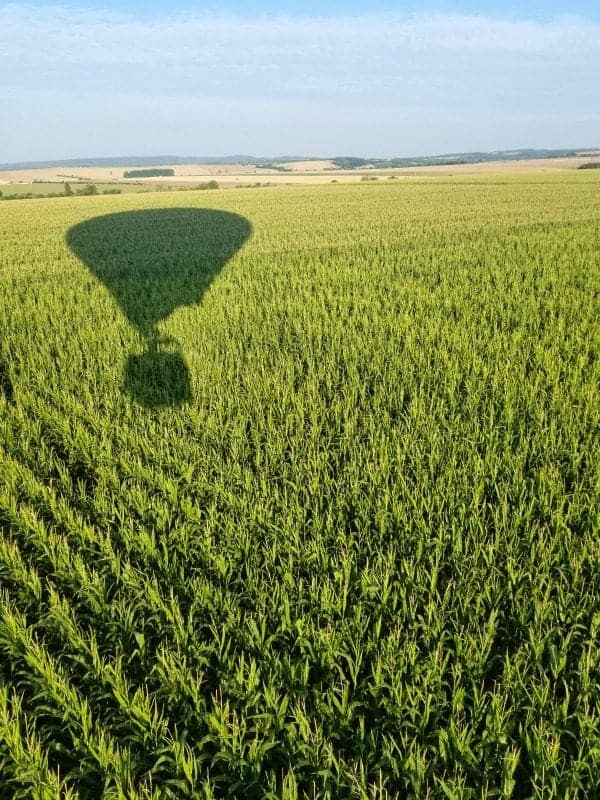 I had so many random fears going through my head in the days leading into our hot air balloon ride. Would they tell me I was too heavy to go up in the balloon, where would we end up, would the experience be amazing or scary, would I freak out along with so many other things.

I realized as we were floating along that I had let fear overtake me in the days leading up to this moment.

Instead of letting things happen as they would, I spent time worrying and wondering about every little detail. I knew logically I couldn't control what would happen but I still spent so many moments worrying instead of just soaking in what was happening around me. 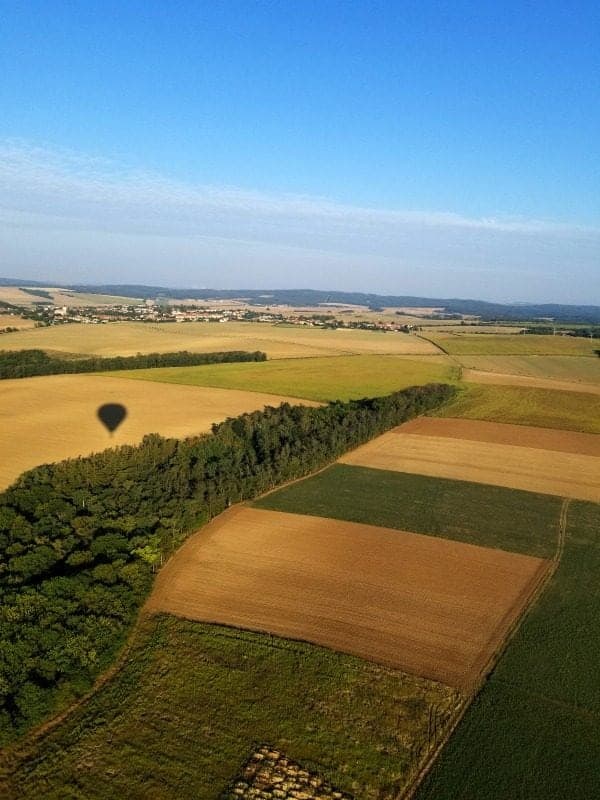 I was so sad when we started to descend and I knew our flight was going to be over soon. The views over the Czech countryside were so beautiful I could have spent hours floating and seeing more of this great country.

Our landing was a bit eventful and hilarious at the same time. We skimmed over a field of greens and probably trimmed a few vegetables as we headed for a dirt patch. We landed upright and I thought we were great and had managed a perfect landing.

We hopped a bit and skidded along the dirt until all of a sudden as the balloon came down we started to tip backward. We ended up landing on the side of the balloon cage giggling the whole time.

You can't help but giggle when you have no control over what is happening and the adrenaline is pumping.

We were all fine and no one was hurt or even bruised from our fun landing. We did have a major case of the giggles for a while. 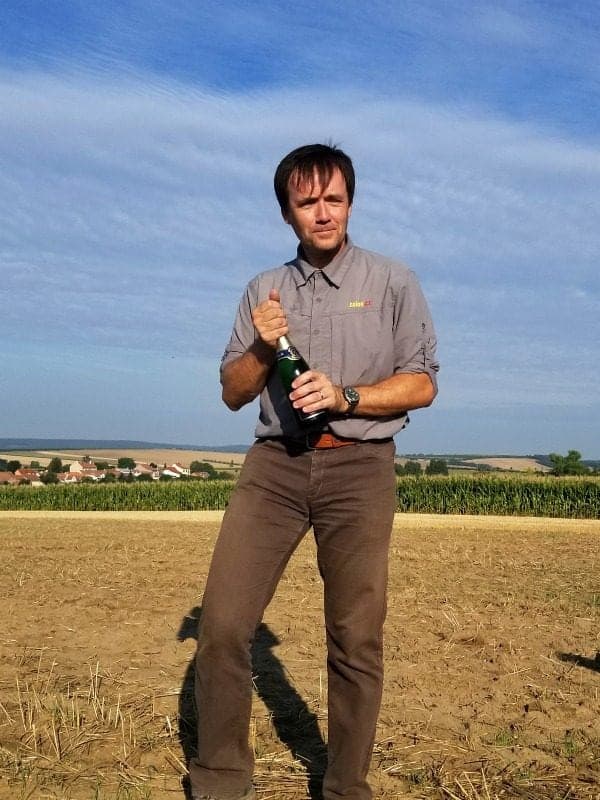 Our flight ended with a ceremony performed by our pilot. We thanked the balloon and the air for our safety, we had dirt placed in our hair to thank the safe landing and a bit of fire.

Then we cheered to our successful landing and safety with champagne. 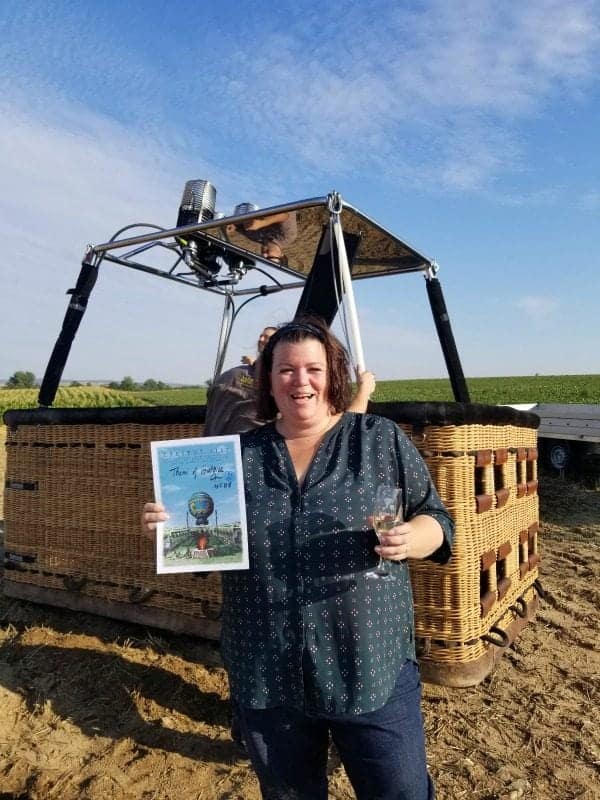 I was so impressed with their customer service and how safe they made me feel during our flight. They even have a flight from Austria to Italy over the Alps! Talk about a bucket list experience!

This hot air balloon ride was definitely one of the top things to do in Brno, Czech Republic!

Top Things to do in Ostrava

Sleeping in a Nuclear War Bunker

Check out all of our Czech Republic Travel Guides

Don't miss the best places to travel in Europe with kids.