If you are taking an Alaska cruise in August or September and going to Skagway you NEED to look at the Wildlife Expedition in Skagway excursion!

Especially if you love bears or have ever dreamed of watching bears fishing in a river in Alaska! 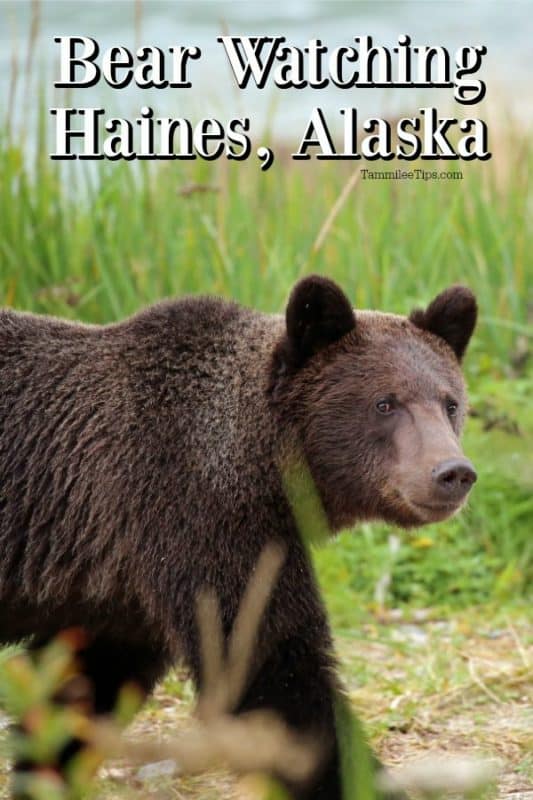 Wildlife Expedition in Skagway on an Alaska Cruise

We took this tour at the end of August during our cruise on the Carnival Legend and it was AH-MAZING! Seriously! This could be in my top 5 excursions in the world to take. We saw so much wildlife during the tour it was mind-boggling.

The tour starts with taking a high-speed ferry from Skagway to Haines, Alaska. Pre-warning high speed means about 45 minutes on the boat. You are moving but not at the high speeds that you might be picturing. 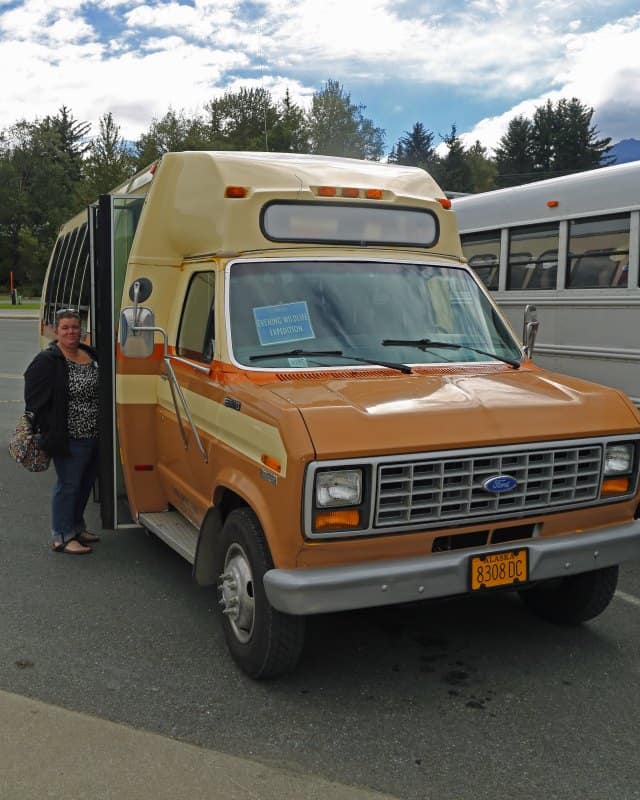 Once you arrive in Haines you meet up with your guides and board the small bus. The tour order really depends on the wildlife that has been seen that day. We drove along the river but did not see any bears at the start of our tour so we headed up to a lake and took a hike through the temperate rainforest.

The hike included a small incline to start that was maybe a few minutes.

We stopped along the way so it was not a hard hike up the hill. Our guide pointed out some of the interesting trees and moss that were along the trail. 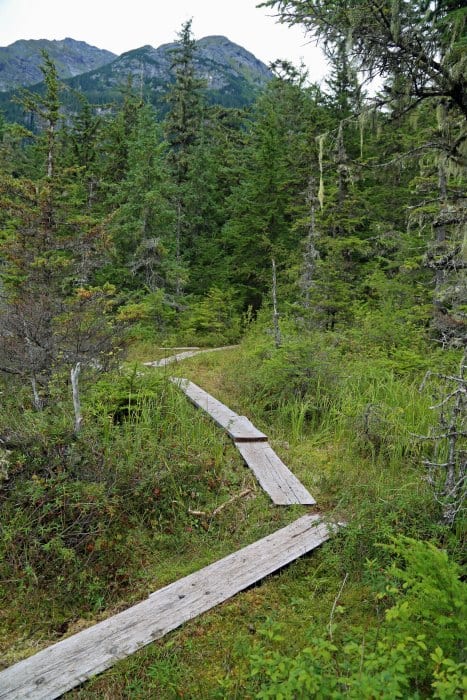 We wandered through a bog area and then checked out some nurse logs and other trees within the forest. It was pretty funny when everyone realized we were walking on a bear trail.

Thankfully we did not see any bears along the way. Our guide did have bear spray with him and is a local to the region and aware of how to interact/handle bears on a trail.

After our hike, we boarded the bus again and headed back to the river. That is when we saw BEARS!! HOLY BEARS! 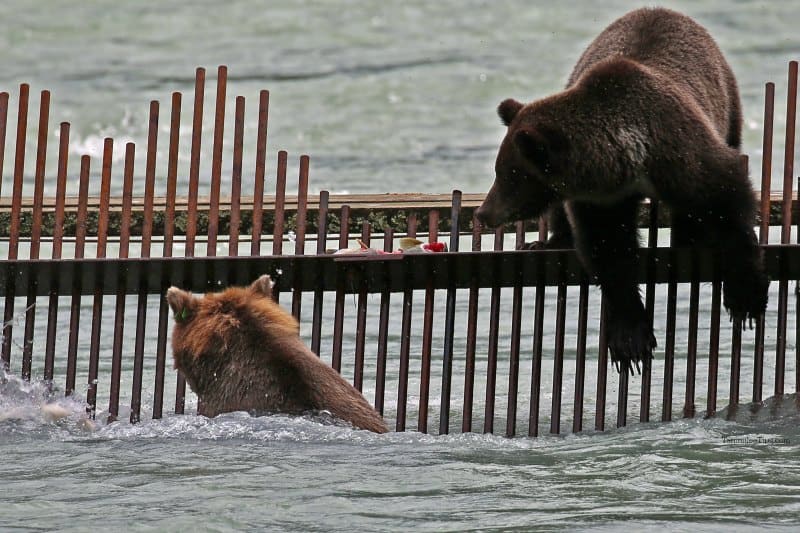 There is a weir set up across the river so the salmon can be counted as they go back upstream. The bears are pretty darn smart and have realized that the salmon can get caught up against the weir and all they have to do is reach down and grab them.

When we arrived there were 2 cubs along the top of the weir and the Sow (mom bear) in the water literally flinging salmon up to the cubs. It was so cool to watch. We spent a good portion of time watching the bears and taking pictures.

After a while, the bears meandered down the river so we followed them in the van. The guides have access to a private property right alongside the river that no one else has access to.

We were able to tuck into the private property and watch the bears work their way down the river without having to fight through a group of people. Did I mention the bears were not that far away? 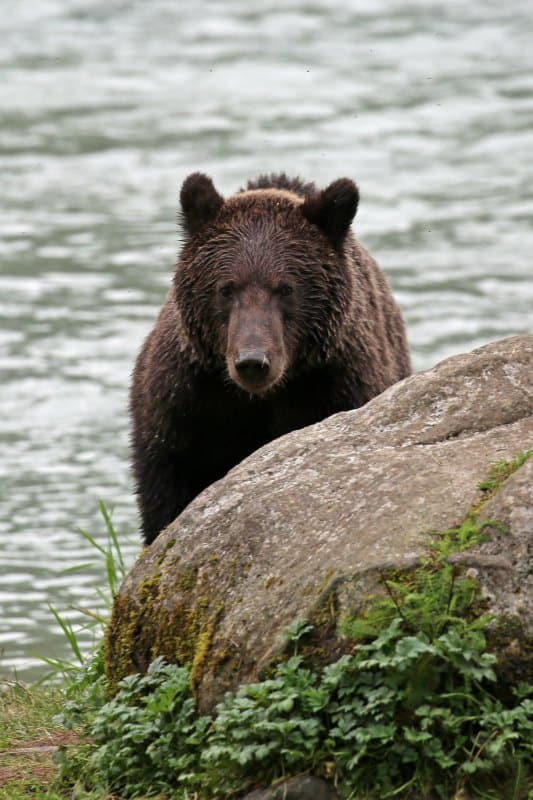 I never felt unsafe but I definitely backed away a few times as the Sow came up out of the river. Our guides were amazing and really helped us understand the bear's behavior, their daily life, and the research that has been done on them.

We also had the chance to watch seals in the river and quite a few Bald Eagles. The guides set up their spotting scopes and found mountain goats way up on the mountain.

There were some other photographers there and I was definitely worried about them. I honestly don't think they were aware of just how close they were to the bears. They forgot to look up from their camera to get a reference for distance to the bears.

At one point I had a photographer run right into me because he wasn't paying attention and had to back up so quickly he went straight into my camera and me. 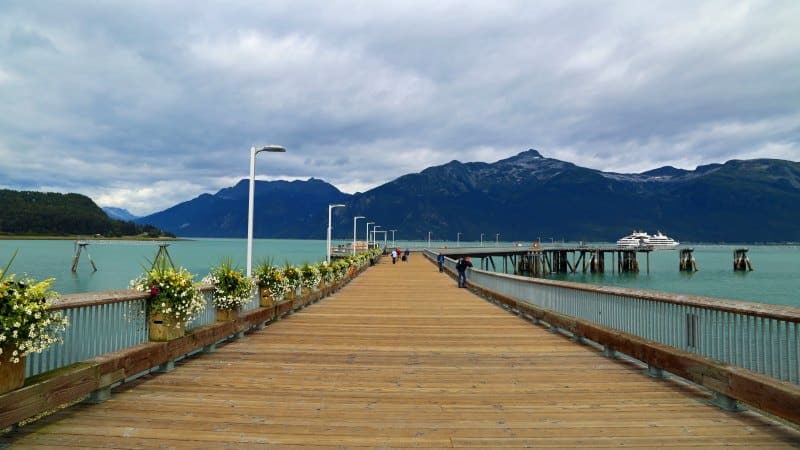 We also enjoyed a short driving tour of Haines on the way back to the ferry. This is a city I would love to go back and spend a few days exploring. So much art, culture, and of course the bears!

If you are visiting Skagway on a cruise I HIGHLY RECOMMEND this excursion! It was truly amazing and we would do it again in a heartbeat!

When you get back to Skagway keep an eye out for sunset over the mountains and the ship! We were blessed with this amazing sunset! 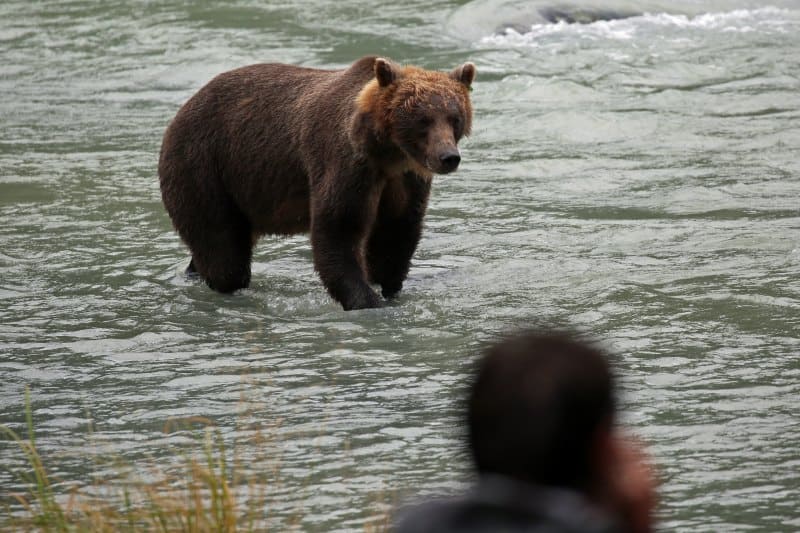 Experience a quintessential Alaska adventure as you view brown bears foraging along a scenic river during an evening in Haines. This tour is only offered during the peak of the salmon spawning in August and September and has limited availability.

Experience a quintessential Alaska adventure as you view brown bears foraging along a scenic river during an evening in Haines. This tour is only offered during the peak of the salmon spawning in August and September and has limited availability.

Naturalists take you to the sheltered valley of the Chilkoot River, for centuries a favorite fishing site for the Tlingit people and brown bears. As the sun slowly sets, bear families descend on the river, leaving the cover of the forest to forage along the grassy banks. From the protection of your bus, you may witness the food chain in action as thousands of salmon swim past the hungry bruins.

Spotting scopes bring the action up close, as bald eagles, gulls, ravens, and ducks hover over the spawning fish. Following this foray into the wild Alaska night, guides share stories of life in a quaint Alaska fishing village while driving back through downtown Haines and historic Fort Seward before departing to Skagway. 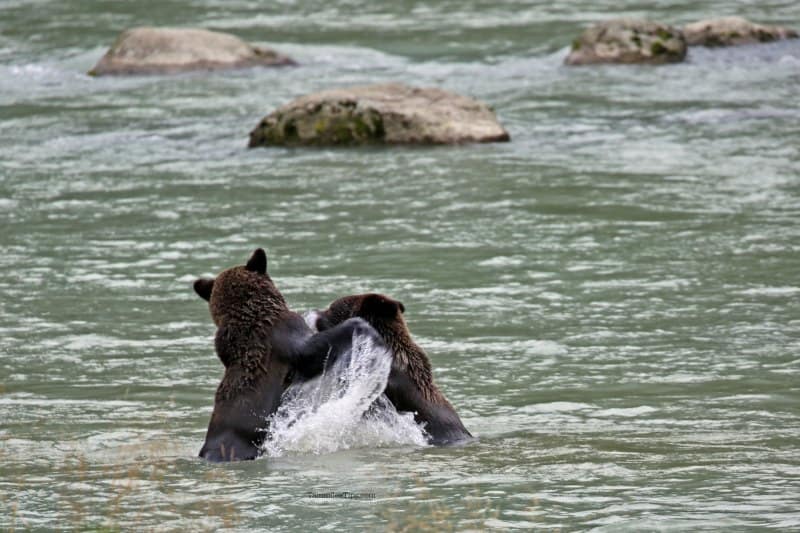 Check out all of our Alaska Cruise Travel Guides