×
You are here: Home / Travel / Europe / Hook Lighthouse Ireland the oldest operational lighthouse in the world

Hook Lighthouse in Ireland is the oldest operational lighthouse in the world. Located in Southern Ireland it is well worth planning a trip to visit. 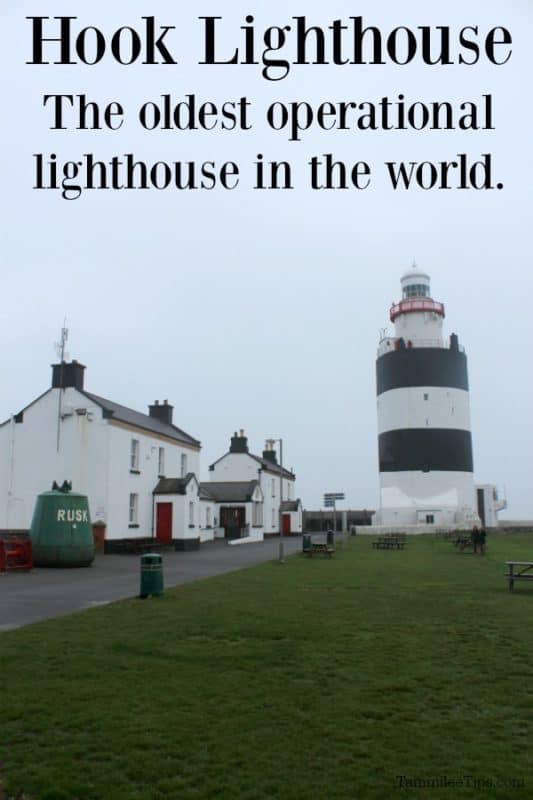 During our trip to Ireland, we visited Hook Head lighthouse in Southern Ireland which is the oldest operational lighthouse in the world. 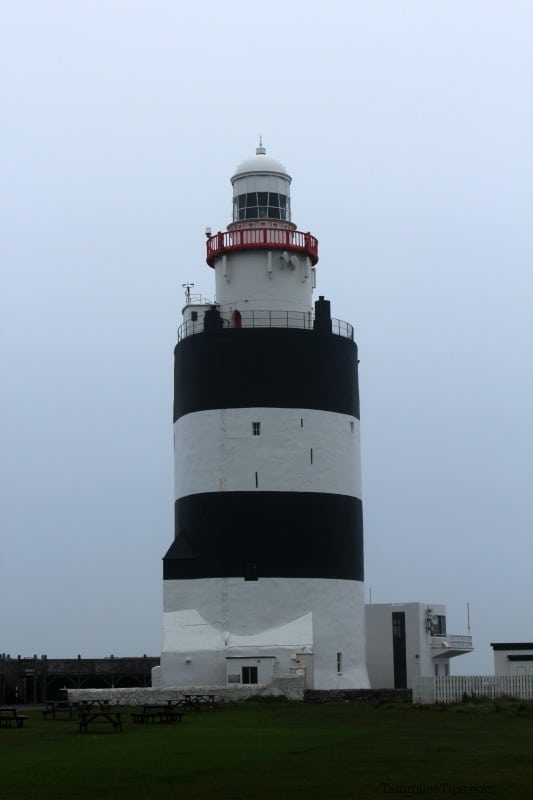 Hook Head lighthouse was constructed in the 13th century by William Marshal the Earl of Pembroke. Hook Lighthouse is constructed of local limestone and stands four stories tall.

The walls are up to 4 meters thick! When you visit Hook Head Lighthouse it is hard to believe that the structure was built over 800 years ago. 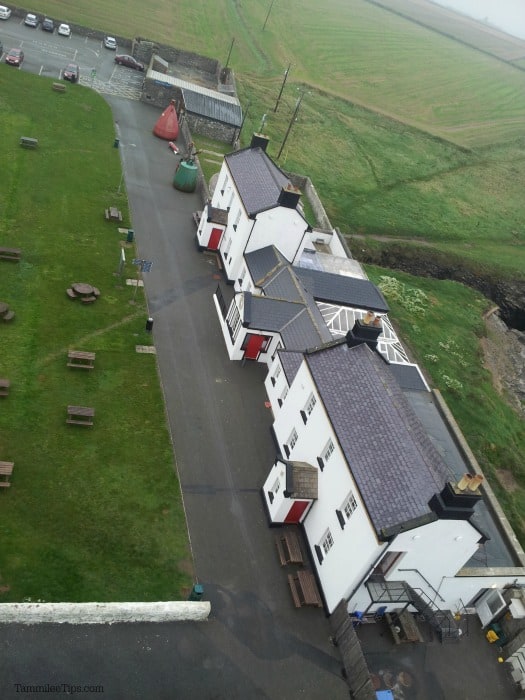 The view from the balcony near the top of the lighthouse is breathtaking. I was amazed to learn that during storms the mist and spray can reach the balcony.

When you are standing on the balcony the ground and water seem so far below. I am very happy that it was not stormy and the water was nowhere near us on the balcony.

There are a lovely cafe and store in the old lighthouse keepers' house on the grounds. The staff is incredibly friendly and happy to answer any questions you have about the area and Hook Head Lighthouse. 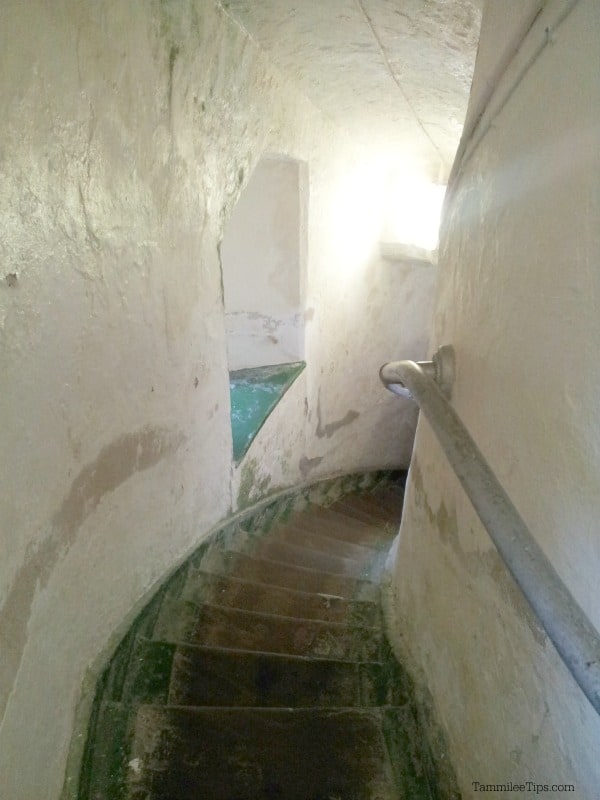 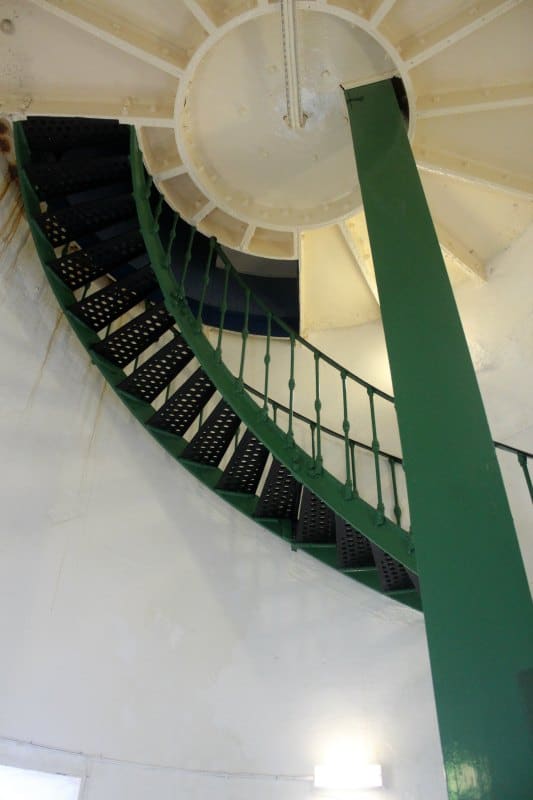 All I could picture was tons of stairs and tight compact spaces. In reality, there are a ton of stairs but the tour is broken up by level.

You stop and explore each level which gives you a chance to catch your breath for a second before going up more stairs. The stairwell is wider than I thought and not very cramped (thank goodness) 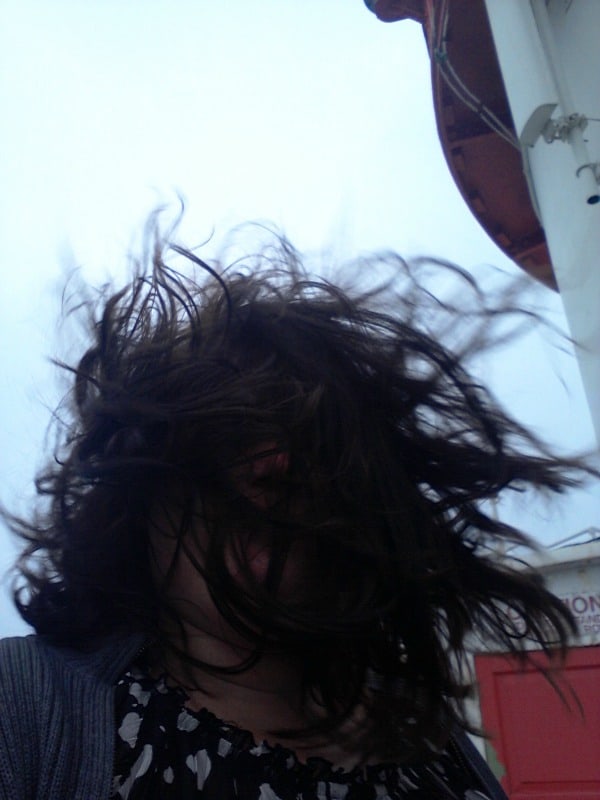 When you get to the top portions are really windy! If you have long hair I highly suggest bringing a hairband or you may end up with some crazy wild hair as I had above.

I am really glad I fought back my fears and went to the top of Hook Head Lighthouse. The views were spectacular and now I can say I was near the top of the world's oldest operational lighthouse. Plus I would have regretted not pushing myself to get to the top. 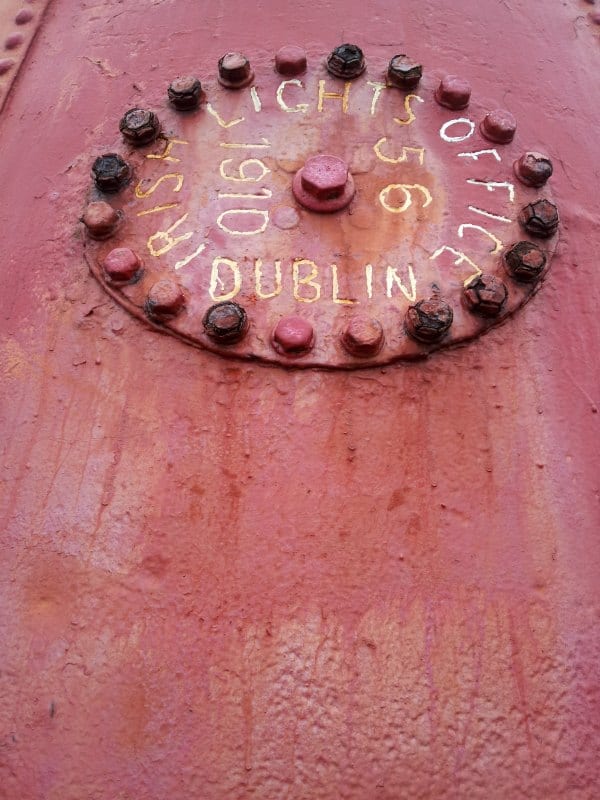 When was Hook Lighthouse Built?

Hook Lighthouse was constructed in the 13th century by William Marshal the Earl of Pembroke.

Learn more about the history of this great lighthouse here. 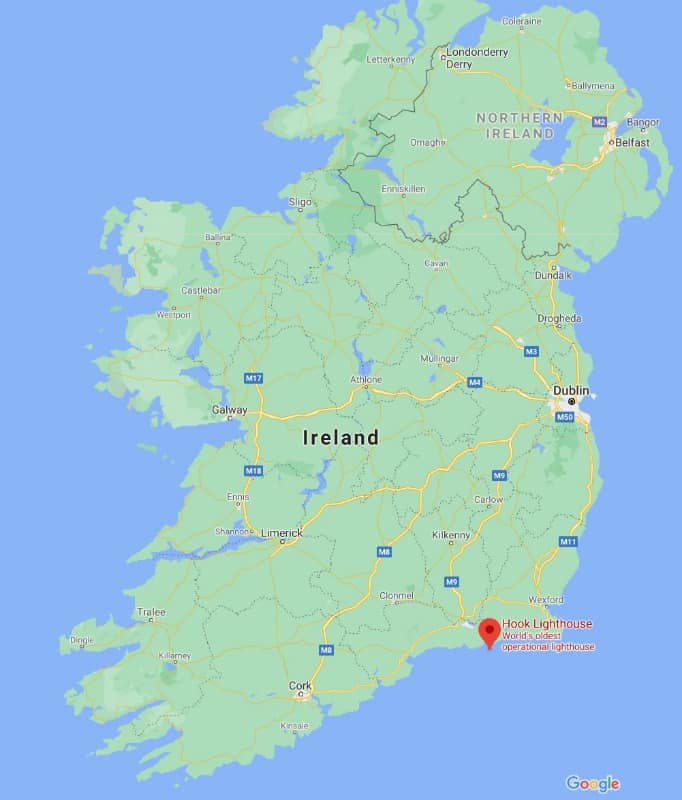 The lighthouse is open year-round for guided tours.

There is a lovely grass area with a great pirate ship for the kids to play on near Hook Head lighthouse. There are multiple paths that lead to the water and around the grounds that are perfect for exploring.

Book of Kells and Trinity College

Check out all of our Ireland Posts.

Typhoon Karen experience in the Philippines this weekend!

Common Cruise Terminology to know for your Cruise Vacation