Avengers Age of Ultron interview with Producer Kevin Feige who is also the president of Marvel Studios. We kicked off this interview with a straight forward question that I am sure many people are wondering. 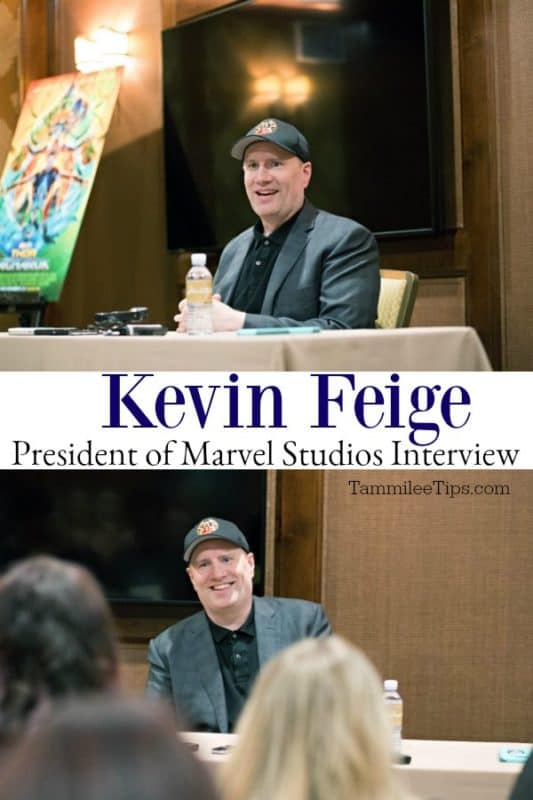 Why is there no end-credit scene?  What's the story behind that?

Well, why is there no end-credit scene?  Well there's a mid-credit scene, as we call it, and we've always really said, it's not a fast and hard rule that there must be something after the credits, and Joss was a firm believer that we shouldn't do something that seeming like we were aping the scene at the end of it, and that his version of the story really culminates, where it does at the end of the film and with the mid-credits.  And everything we were thinking of just felt like an add-on that wasn't, that wasn't worth doing.  But that's one of the reasons why he wanted to get it out there so people didn't sit there for seven minutes and go, what? 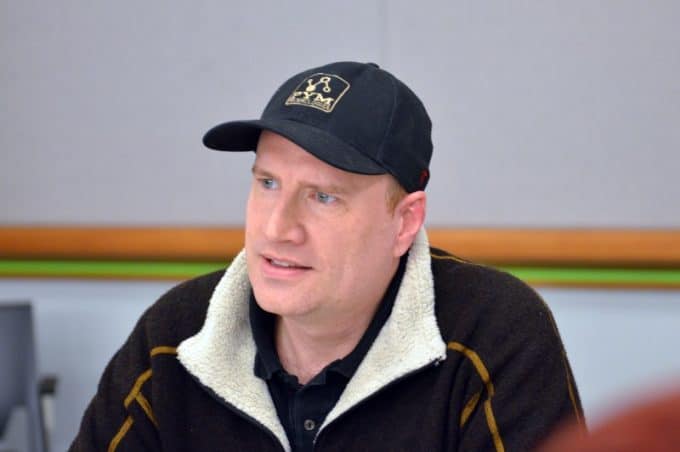 We asked Kevin Fiege how many years it is between the end of the other Marvel Avenger movies and the start of Age of Ultron.

I'm not sure we ever directly say it, but we always sorta thought it.  It's between six months to a year after- probably a good year after the events of The Winter Soldier.  The Shield has been brought down at the end of The Winter Soldier after revealing that Hydra had been growing within it, and that there's a lot of fallout.  Some of that is on the television series, and some of that, we see at the very beginning of this movie, that that scepter- Loki's which if you look at the end of the first Avengers movie, the last time you see it, Black Widow is holding it in the shadow of all the Avengers as they're finally taking down Loki.

Our back stories clearly that went into, that went to a Shield- secure Shield vault somewhere, but of course, Shield was not secure, and it ended up in the hands of Strucker at the beginning of this film.

Are we gonna see Spiderman make an appearance in the Civil War?

Well, you know, you see- you've heard the announcements- we've teamed up with Sony to bring Spidey into our universe and doing a new Spidey film in 2017, but I think we're being less than specific about, where we'll see him first.

Do you have somebody in the Marvel Universe that you really wanna bring in the stories or anything that you haven't yet?

Of characters?  Well, it's, I used to say Guardians of the Galaxy to that question.  I used to say Vision to that question; I used to say Falcon; I used to say Doctor Strange a lot and obviously we're deep into that with Benedict Cumberbatch now.  We start filming in November.  So it's really been amazing.  Now it does come down to you know, individual and specific characters, but if I say too many of them, it'll give away exactly what we're doing with Guardians 2 or with the future ones.  But it's not, it is a testament to theMarvel comics, how deep its bench is that there's still hundreds of great characters that we haven't even touched yet. 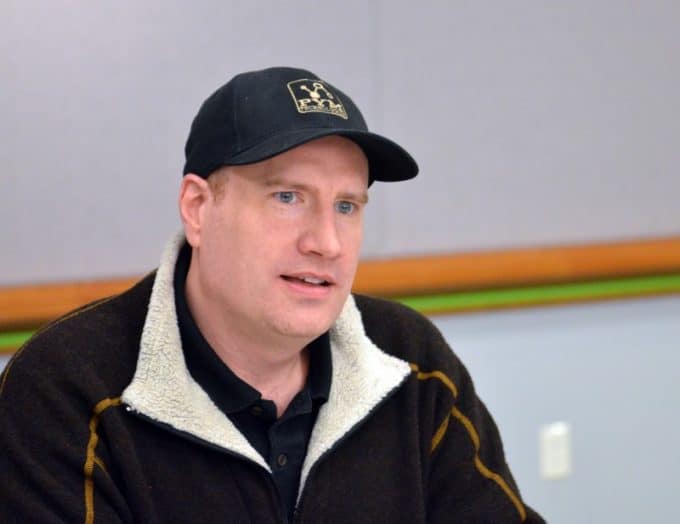 Were you big in the Marvel comics as a kid, and did you have a favorite character when you were little?

And some kids didn't even know who he was.  I was like, he's cool.  He's Iron Man.  Trust me.  So that was it was fun bringing him to life after, some kids didn't hear of him when I chose him in the backyard thirty- thirty-two years ago. 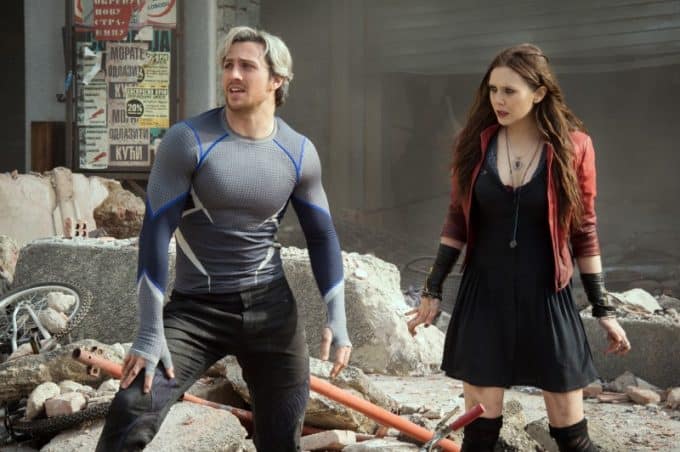 What was it like to bring in Quicksilver and Scarlet Witch into this movie?

It was great.  I mean, they're key Avengers characters in the books.  They they have a great back story that we really wanted to explore; and they have a great relationship, the two of them, that we really wanted to explore together, and it was one of Joss's very first notions- probably second notion after Ultron to bring them in, who have a very different viewpoint of the Avengers who come into the team from a very different angle than any of the other characters.

The other characters were sort of assembled together by Nick Fury in the first movie and Thor obviously came into the mix because of the presence of Loki, and now having characters come in from a totally different side- which is also a very Marvel thing to do.  There are a lot of Marvel characters who start on the other side of a disagreement, or the other side of an argument or the other side of the law that you know, through a great Marvel redemptive arc, become heroes.  And, and we wanted to do that in an Avengers movie.

Marvel Studios presents “Avengers: Age of Ultron,” the epic follow-up to the biggest Super Hero movie of all time. When Tony Stark tries to jumpstart a dormant peacekeeping program, things go awry and Earth’s Mightiest Heroes, including Iron Man, Captain America, Thor, The Incredible Hulk, Black Widow and Hawkeye, are put to the ultimate test as the fate of the planet hangs in the balance. As the villainous Ultron emerges, it is up to The Avengers to stop him from enacting his terrible plans, and soon uneasy alliances and unexpected action pave the way for an epic and unique global adventure.

Marvel’s “Avengers: Age of Ultron” stars Robert Downey Jr., who returns as Iron Man, along with Chris Hemsworth as Thor, Mark Ruffalo as Hulk, and Chris Evans as Captain America. Together with Scarlett Johansson as Black Widow and Jeremy Renner as Hawkeye, and with the additional support of Don Cheadle as James Rhodes/War Machine, Cobie Smulders as Agent Maria Hill, Stellan Skarsgård as Erik Selvig and Samuel L. Jackson as Nick Fury, the team must reassemble to defeat James Spader as Ultron, a terrifying technological villain hell-bent on human extinction. Along the way, they confront two mysterious and powerful newcomers, Pietro Maximoff, played by Aaron Taylor-Johnson, and Wanda Maximoff, played by Elizabeth Olsen, and meet an old friend in a new form when Paul Bettany becomes Vision.

Get set for an action-packed thrill ride when The Avengers return in Marvel’s “Avengers: Age of Ultron” on May 1, 2015.

Make sure and follow the hashtag #AvengersEvent to see all of the updates and tweets about this great movie!

Check out all of our Marvel Movie Articles

What I learned from Meryl Streep this week