Most days as Food Bloggers we try and make life and our recipes look glittery and perfect. Well, today that didn't quite work with this Cheesy Slow Cooker Crock Pot Ham and Swiss Casserole Recipe. 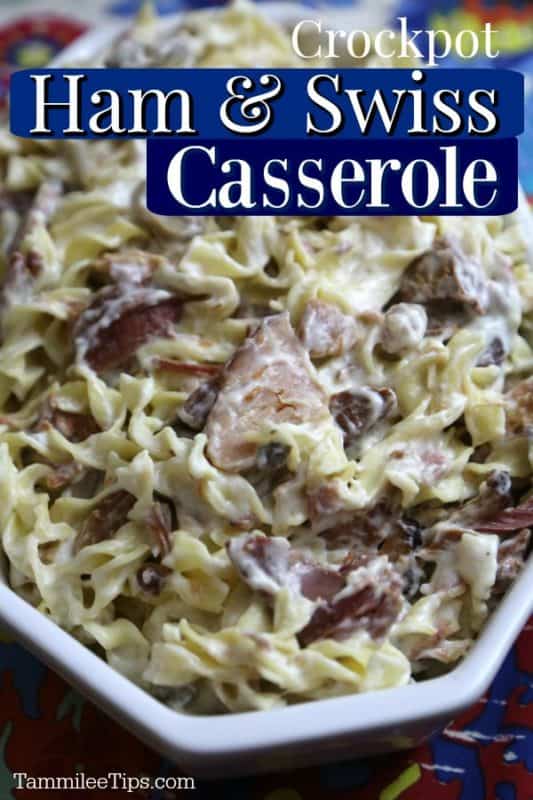 Don't get me wrong this recipe turns out amazing and tastes great, but I ended up making it three times today. My goal was to make a video sharing a great way to use leftover ham. Our Crock Pot Ham video was crazy popular on Facebook this week with well over 3 million views. I figure a few of you probably have some leftover ham that you need to use this week.

So I started the morning making this Cheesy Crock Pot Ham and Swiss Casserole Recipe, and it turned out great except....the video recorded funky and would not line up properly.

I hopped in the car and headed to the grocery store to buy a 2nd round of ingredients. Well, I made a mistake when I picked up the ingredients. I tried to save $.50 and bought generic egg noodles instead of the No Yolk Egg Noodles.

When I got home to start round two of the recipe, I cooked the noodles and got everything set up. As I was layering the noodles with the ham, I realized that the generic noodles had clumped together and became pasta paste.

Let's just say it looked horrid and did not taste right. So off I went to the grocery store again and picked up round 3 ingredients and made this recipe again after tossing the 2nd round.

Thankfully John is in love with this Cheesy Crock Pot Ham and Swiss Casserole Recipe and won't complain about eating it for leftovers this week.

I am so beyond happy to say that round 3 worked out amazing, and I was able to make a video of it to show step by step instructions.

We also made a fantastic Crock Pot Ham and Bean Soup Recipe with leftover ham I think you all will love! 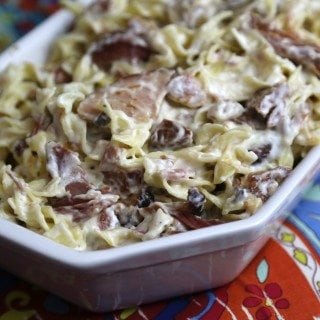