You are here: Home / Travel / United States / Nevada / Reno / Food you have to try in Reno!

I have talked quite a bit about the food scene in Reno. When I mention to people how amazed we are with the Reno food and craft beer scene they always look at me a bit funny. They are surprised that Reno has become a foodie city! I must admit during our first visit I was shocked also.

Today we are sharing food you have to try in Reno! These are menu items that will make your taste buds rejoice in happiness! Plus some of them are just a bit unusual so they make an amazing story to tell your friends about.

Food you have to try in Reno 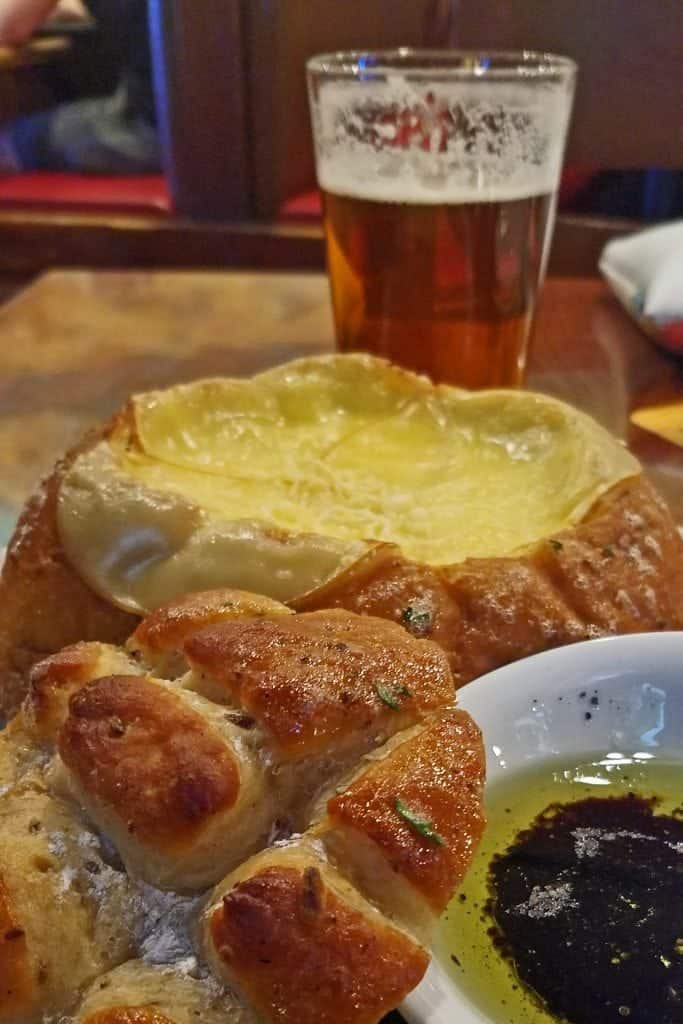 I know we just talked about their pizza but the cheese bread is so much more than you expect it to be! It is not your normal baguette with cheese on top it is a house-made Icky bread bowl with creamy cheddar beer cheese sauce baked with a crust of smoked Gouda and parmesan. Served with balsamic, olive oil, and cracked pepper. 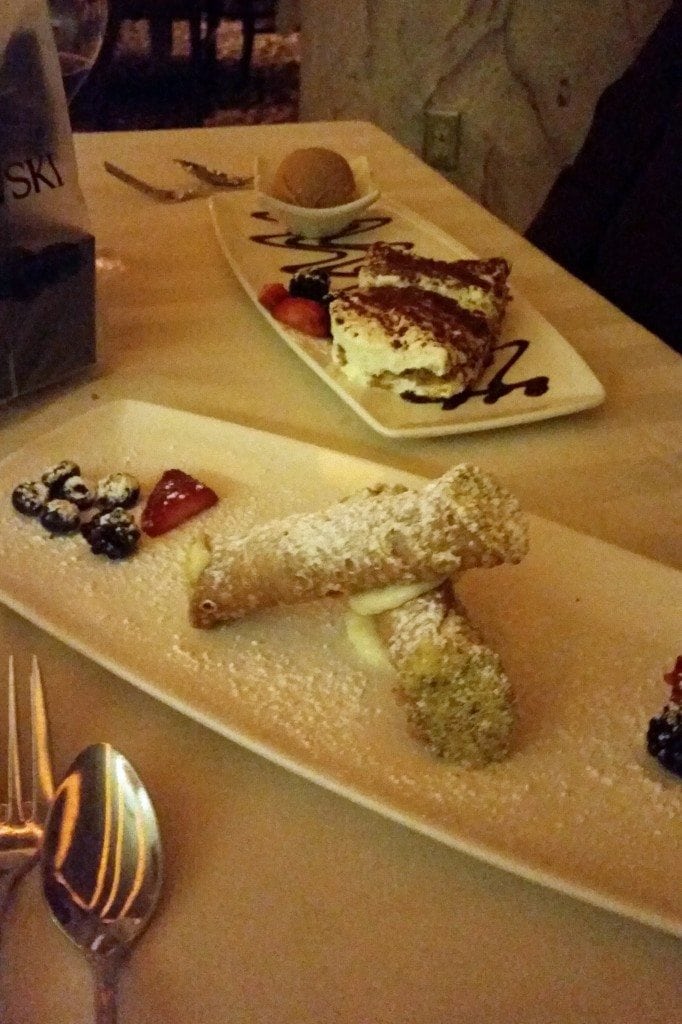 Cannoli’s at La Strada at the Eldorado

The owners of the Eldorado are Italian and they know how to make an amazing Cannoli! John still talks about the Cannoli’s two years after he tried them for the first time. 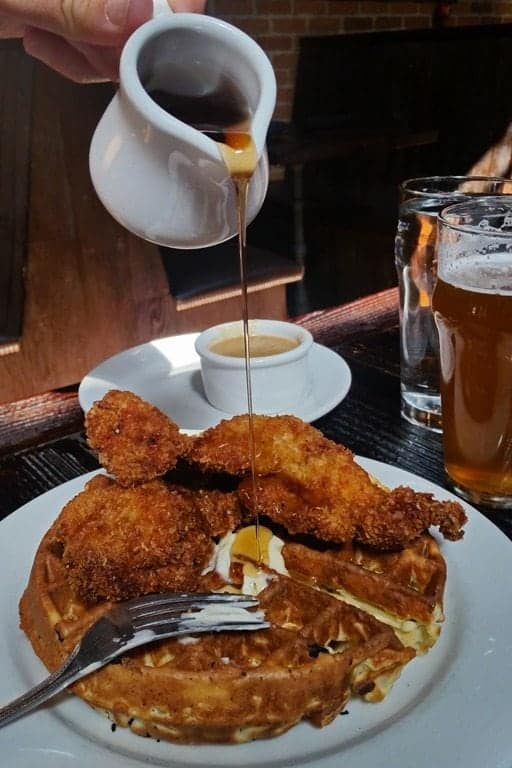 Not only can you have a great beer but you have to try the chicken and waffles at Brassiere St. James. The perfect combination of sweet and savory! 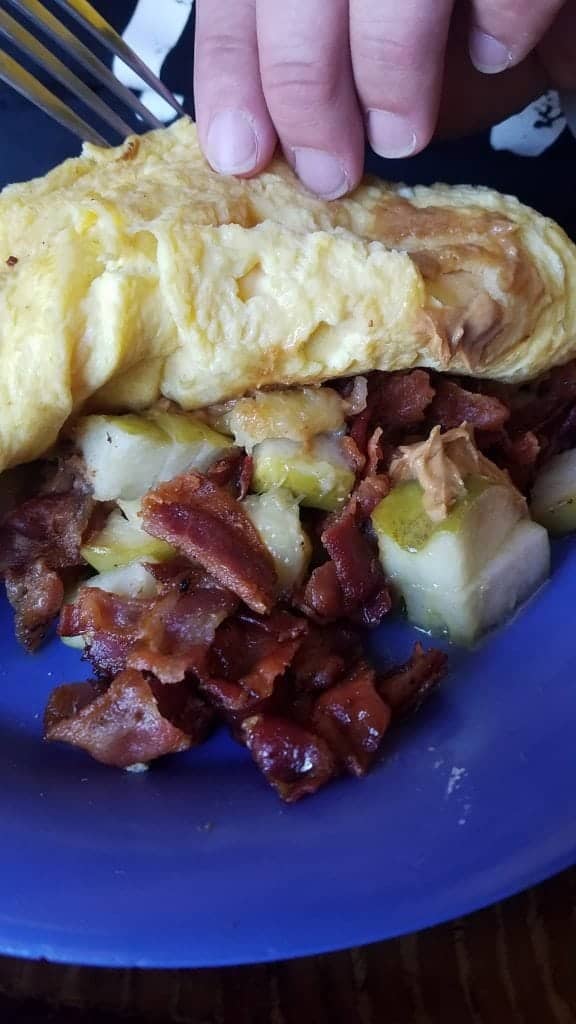 Zeifel Omelette at Squeeze In

Ok, this is one of those menu items you worry about when you order it but it turns out delicious! The omelet is filled with peanut butter, apples and so much more! Oh and get the chocolate bacon for a treat! 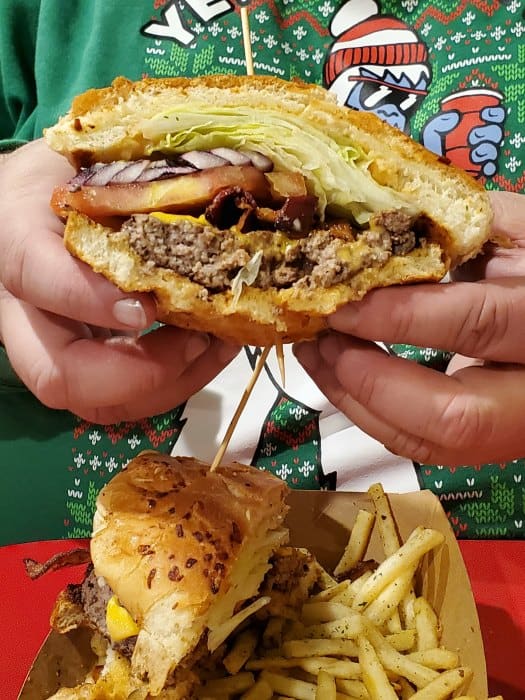 Awful Awful Burger at the Nugget

The Awful Awful Burger is a Reno classic. Almost every local we talked with told us we had to try it and that we would not be disappointed! Make sure and go in hungry! The Awful Awful is served with a pound of french fries. This is one dish we still need to try but I wanted to mention it. Literally, every single person we talked to said it was the thing to try in Reno.

These are just some of the amazing restaurants in Reno!

Up Up and Away at the Reno Hot Air Balloon Festival