These Cinnamon Toast Crunch Shots are the perfect Fall cocktail! So easy to make and they taste amazing. 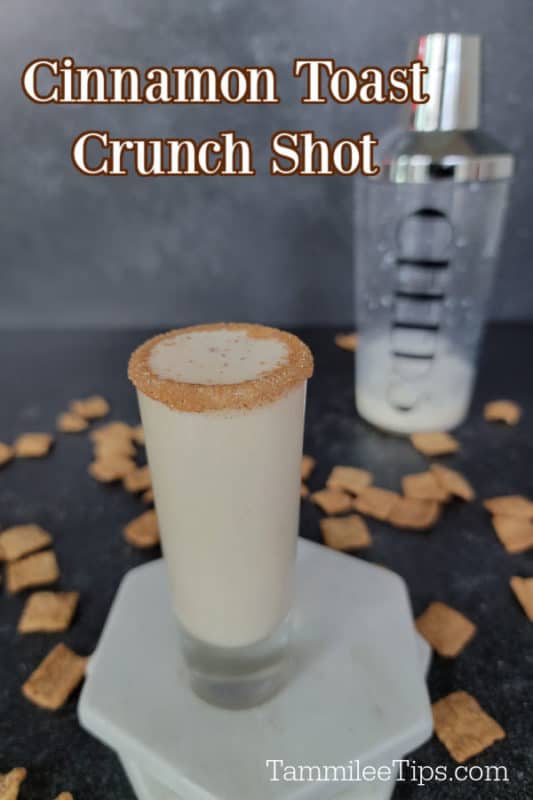 
The flavor of these shots tastes so much like Cinnamon Toast Crunch Cereal it is crazy.

This is a great dessert cocktail dinner drink for Fall, Thanksgiving, or holiday parties.

The combination of cinnamon whiskey and rum chata tastes amazing. You can sip this shot or toss it back in one go.

If you are hosting a fall brunch this would be a fantastic cocktail to serve.

I am going to admit that sugary Cinnamon Toast Crunch cereal is one of my favorite cereals. It is my late-night snack while working.

It tastes like a bowl of our childhood memories. Sitting down to watch Saturday morning cartoons with a bowl of cereal.

Now I love that you can make an adult version of Cinnamon Toast Crunch! The perfect delicious dessert cocktail.

I will be working on sharing more Rumchata drinks now that we have a full-size bottle in the liquor cabinet. I have so many ideas for more fun drinks.

We have been working on a ton of Baileys Irish Cream, Kahlua, Goldschlager, and Cinnamon Schnapps recipes for Fall and Winter. 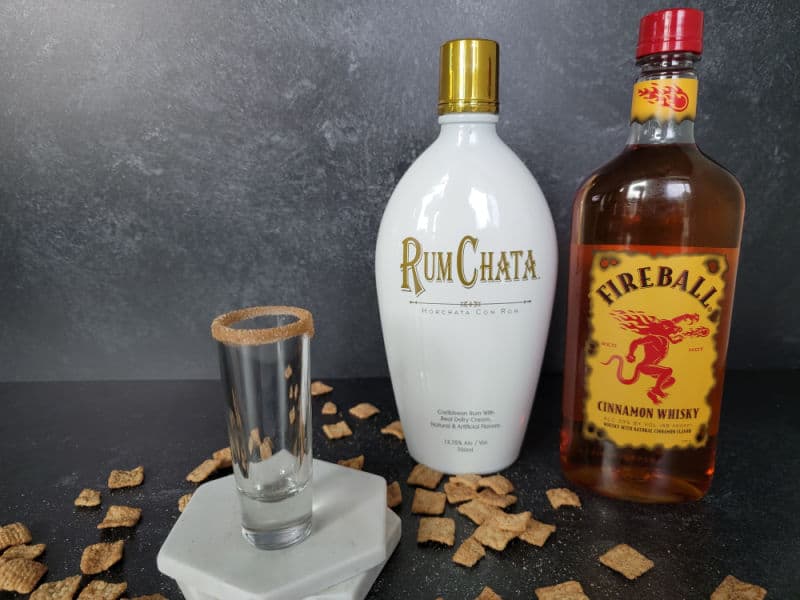 RumChata is a rum cream that is made with a base of Caribbean Rum and real dairy cream.  The flavor is based on horchata which is popular in Spain.

Does RumChata have to be refrigerated?

No, RumChata does not need to be refrigerated. The cream has been homogenized with the rum and the alcohol acts as a preservative.

What is Fireball Whisky?

Fireball Cinnamon Whiskey is a mixture of Canadian whisky, cinnamon flavoring and, sweeteners. 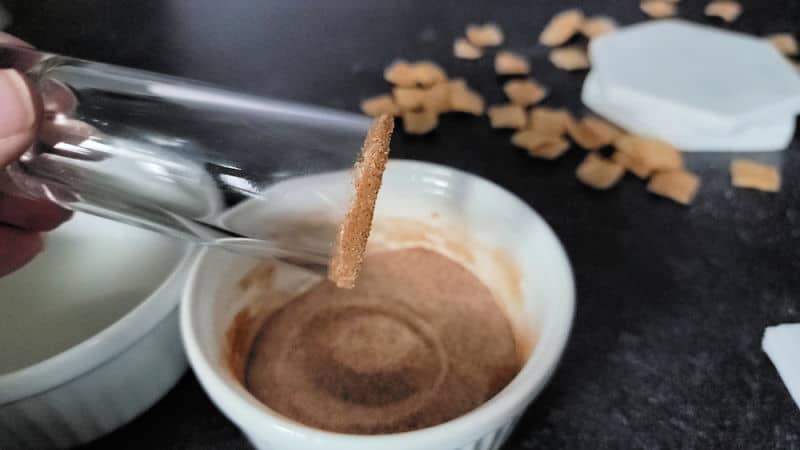 Step 1 - Add a small amount of water to a small bowl. Add in sugar by the spoonful until you have a thick paste to coat the rim of the shot glass.

Step 2 - Combine cinnamon sugar in a 2 to 1 ratio. Add in 2 teaspoon cinnamon to 1 teaspoon sugar. Mix together until you get the combination you enjoy. 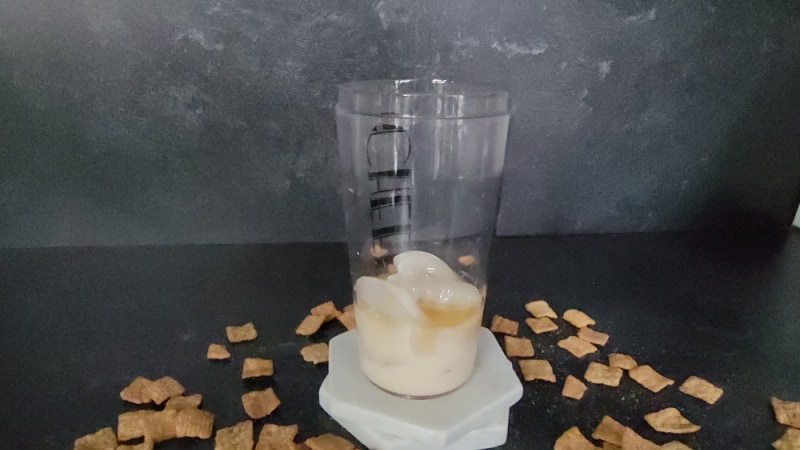 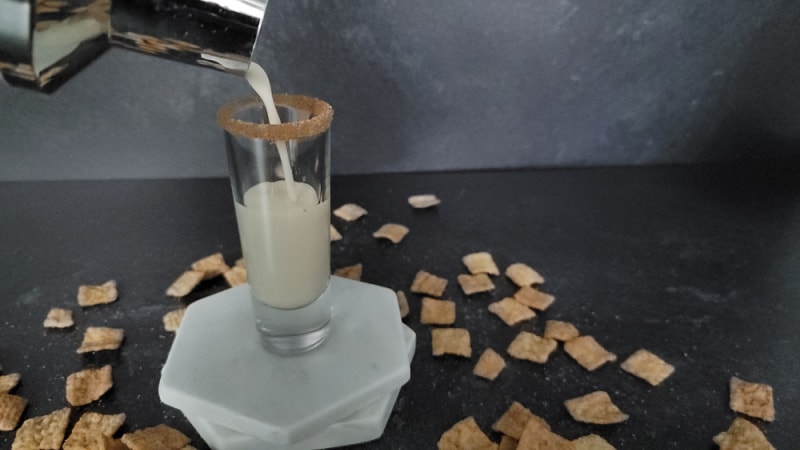 Optional - Garnish with a piece of Cinnamon Toast Crunch Cereal. 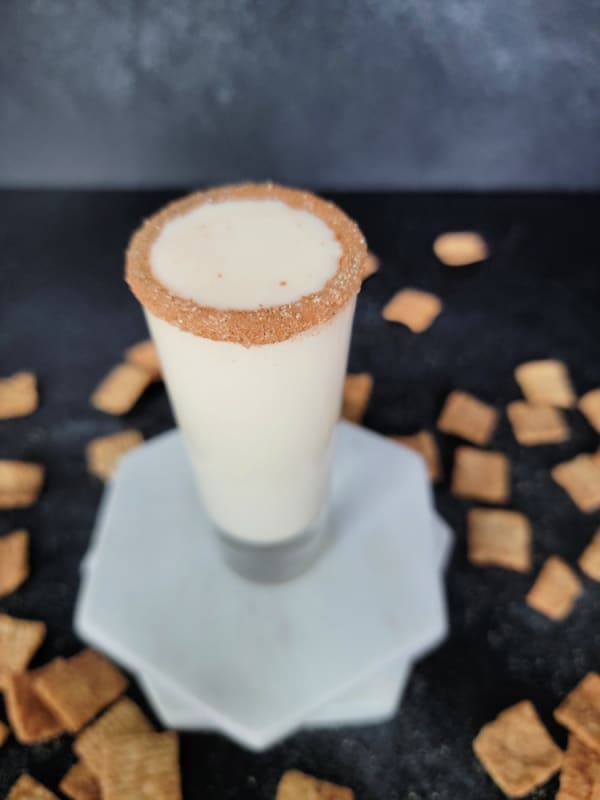 When you dip the shot glasses in the sugar water let any extra drip off before dipping in the cinnamon and sugar. This will help prevent the cinnamon sugar mixture from dripping down the side of the glass.

This shot can also be made in a Old Fashion Glass/Rocks Glass for a larger cocktail. Add ice to a rocks glass and pour the Cinnamon Toast Crunch cocktail over the ice. You will need to double the recipe to fill the rocks glass.

If you want a bit more vanilla flavor you can add in Vanilla Vodka for more flavor.

If you want to taste the difference between your favorite cereal and this dessert shot you can add a small plate with Cinnamon Toast Crunch on it to try after enjoying the shot. 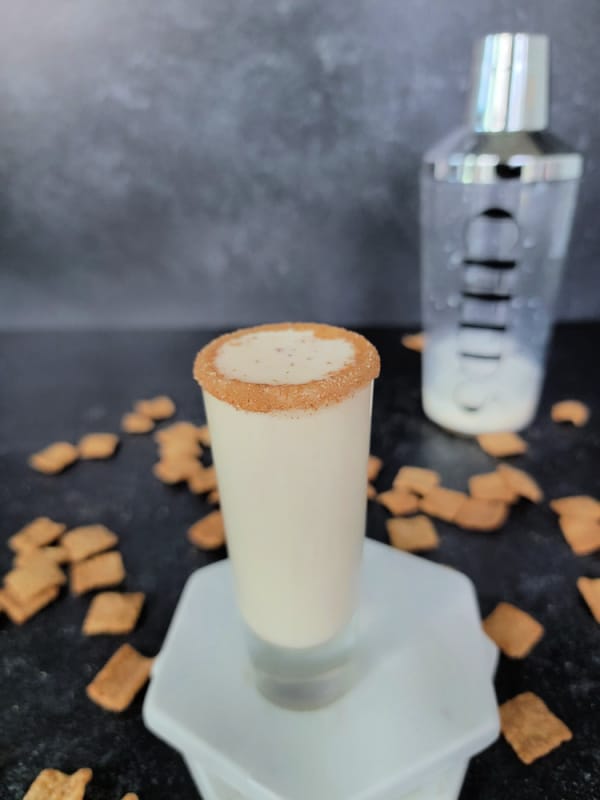 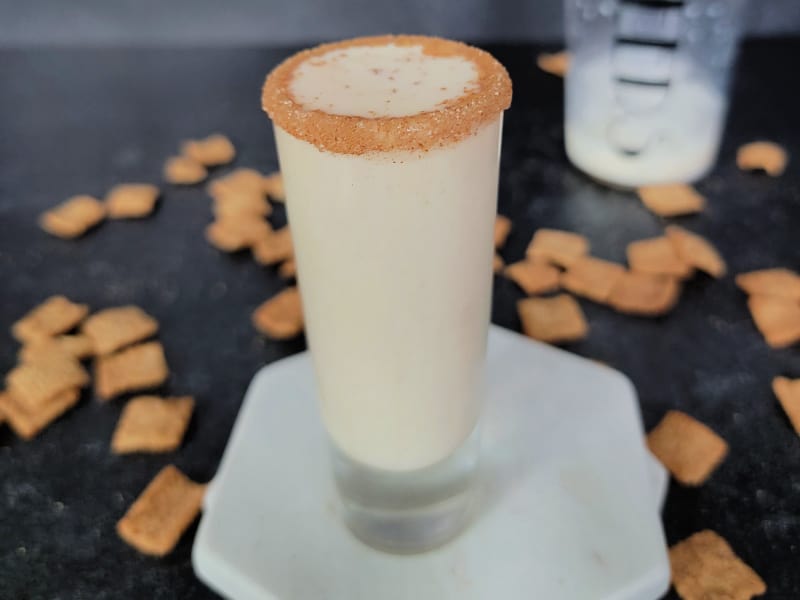 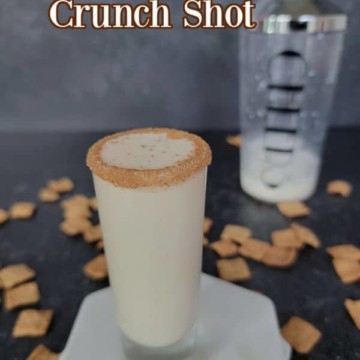