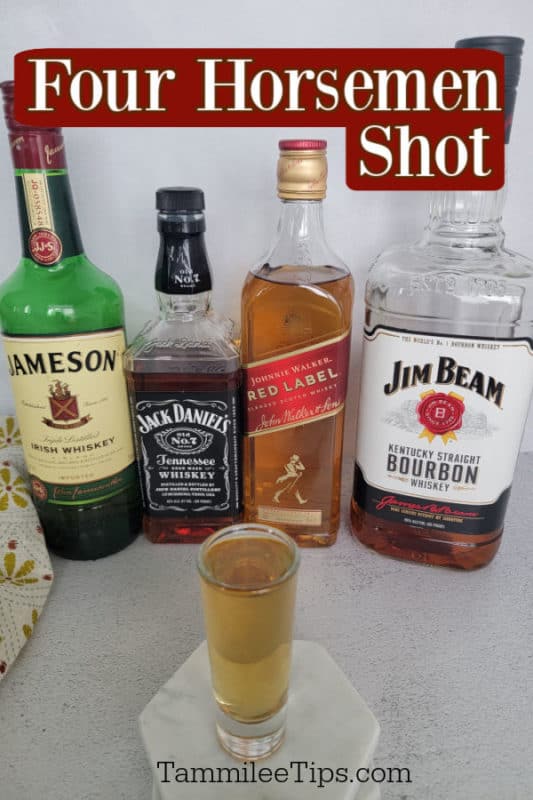 The 4 Horsemen Shot is similar to the 3 Wise Men Shot but with the addition of Jameson Irish Whiskey. I have also seen this changed to using Jose Cuervo and being called the 3 Wise Men go to Mexico.

The original recipe includes only whiskeys. I have included a few variations below that have been adapted to use tequila, rum, and even sour mix. 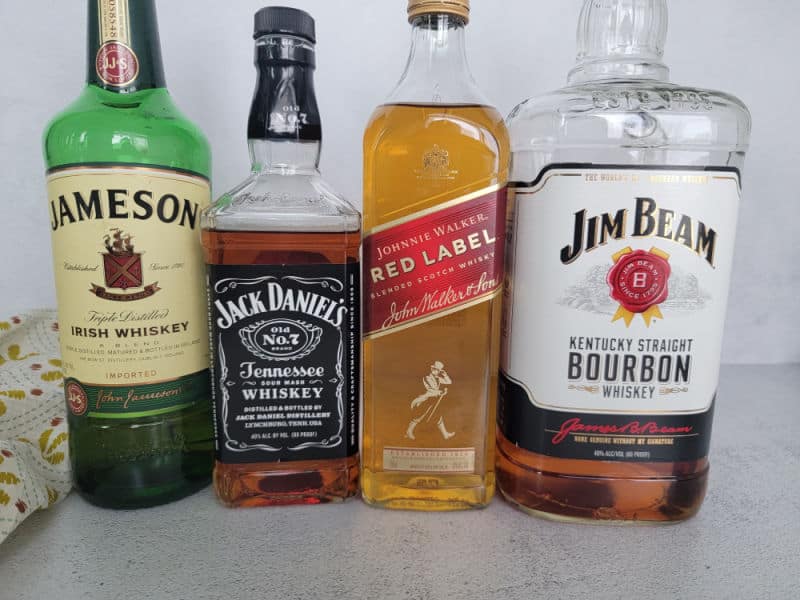 What's in a 4 Horsemen Shot?

How to make a Four Horseman Shot 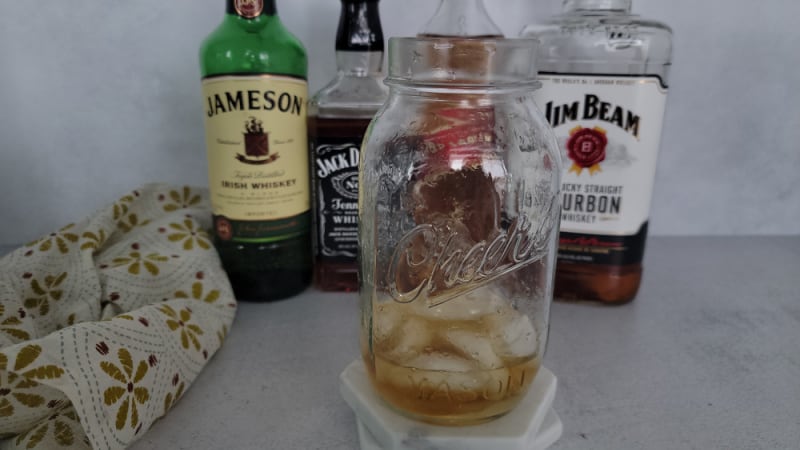 Step 1 - Add all four liquors to a cocktail shaker with ice. Shake until chilled. 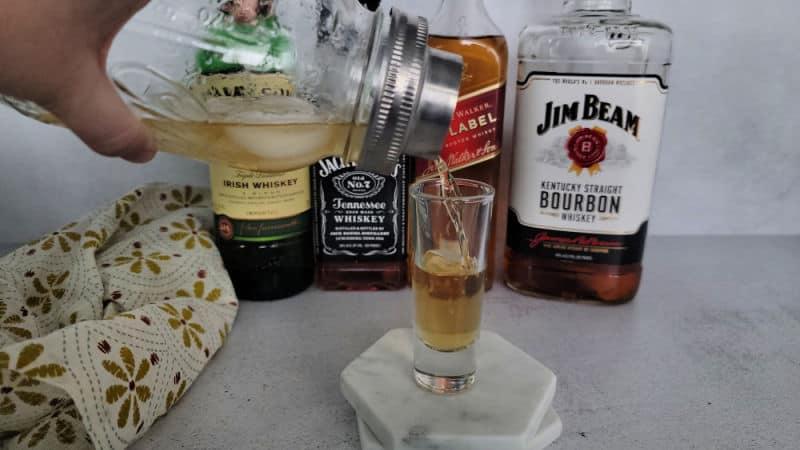 Step 2 - Strain into a 2oz Shot Glass and enjoy 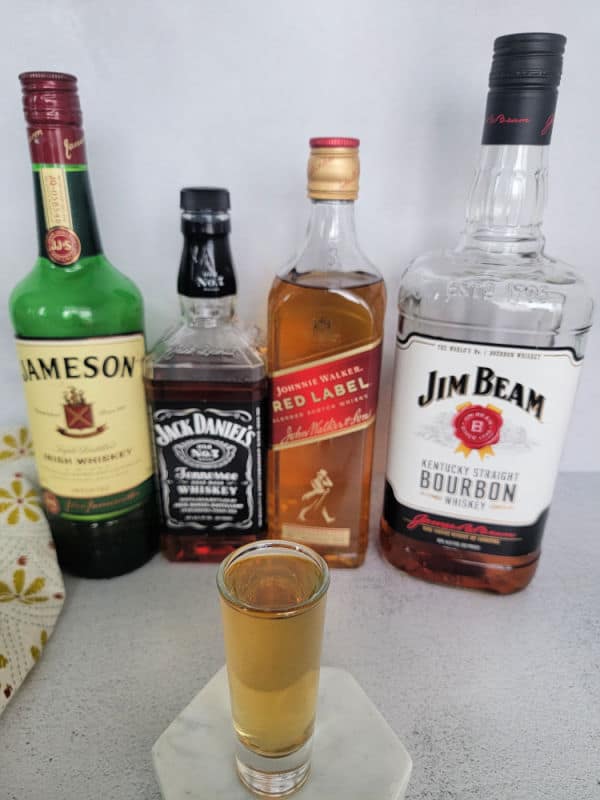 This shot can be reduced to fit a 1oz shot glass by lowering each measurement in half.

If you don't want to have ice possibly water down the whiskey you can chill the bottles and pour straight into the shot glass or serve this cocktail shot at room temperature.

Four Horsemen of the Apocalypse - This drink adds Jägermeister, pineapple juice, and sweet and sour.

Four Horsemen in a Boat - This variation adds Grand Marnier and Jose Cuervo to the drink in equal proportions after removing the Jameson.

There is also a variation called a four horsemen that is completely different and does not fit the theme at all that includes Jägermeister, Rumple Minze, Bacardi 151, and Jose Cuervo.

There is also a Flaming Four Horsemen Shot that involves Bacardi 151 or Everclear being lit on fire along with each of the 4 main ingredients in separate shot glasses. PLEASE use caution if you attempt this recipe. 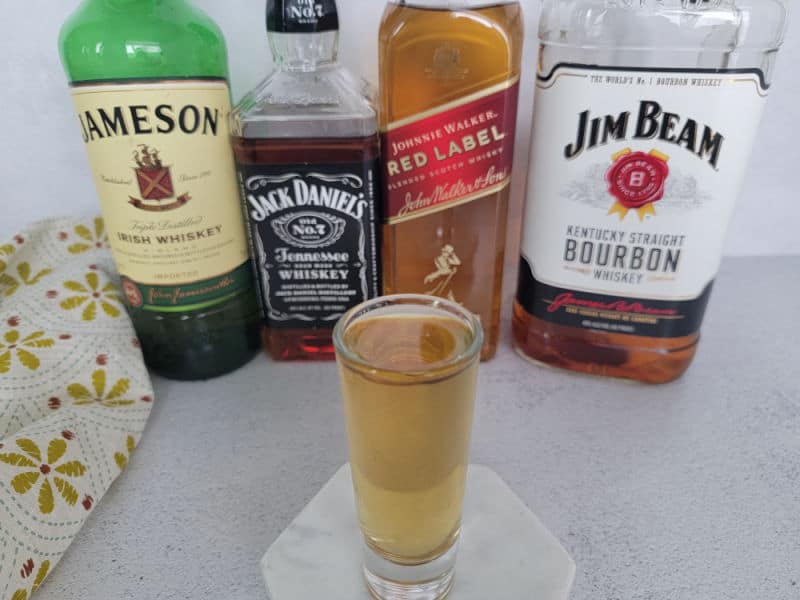 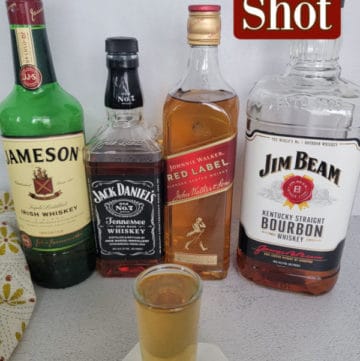 Home Made Limoncello ~ We just started our batch this week